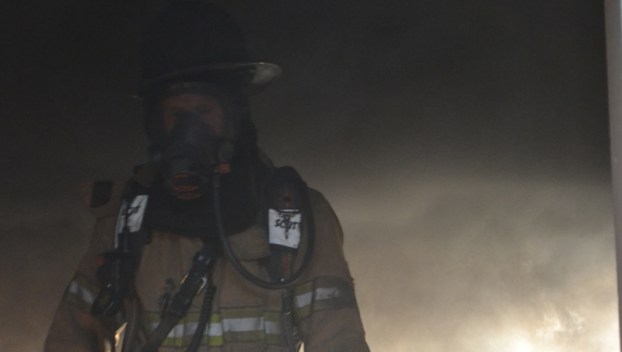 BLOUNTS CREEK — While the cause of a fatal fire in the Blounts Creek area over the weekend is still under investigation, emergency officials have been able to narrow down the area where the fire started.

“It’s still officially undetermined,” Beaufort County fire/operations chief Chris Newkirk said of the cause. “We could narrow down to the area of origin being the chair that the gentleman was in. But the official cause is undetermined. We just couldn’t come up with facts to say, ‘This is exactly what happened.’”

Both Newkirk and Beaufort County Fire Marshal Curtis Avery said that there was no suspicion of foul play in the fire, which consumed a singlewide trailer on Lizell Drive.

Jerome Terry Carter, 62, was airlifted to the North Carolina Jaycee Burn Center at the UNC School of Medicine Saturday evening after suffering serious burns in the fire. According to Carter’s niece, Pamela Johnson, he was taken off of life support Monday afternoon. He died Monday evening at approximately 7 p.m.

Paris Carter, a family member who was in the area when the fire broke out, called 911 at around 4:30 p.m. Saturday, prompting response from three fire departments and emergency medical services.

Jerome Carter’s brother-in-law, who did not wish to be named, and his nephew, Julius Hardy, entered the trailer before firefighters arrived, to rescue their relative.

The two men were able to pull Jerome Carter from the burning building, both suffering minor injuries in the process. Both were transported by EMS to Vidant Beaufort Hospital for treatment, and Johnson says they are both home and recovering well from their injuries.