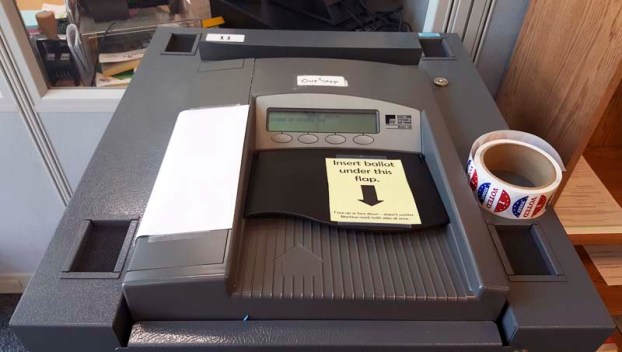 One Stop vote totals in single digits for some municipalities

Voter turnout was in the single digits for the majority of Beaufort County’s municipalities during One Stop voting this year. In Aurora, Bath, Chocowinity and Pantego, less than 10 people have voted in the municipal elections so far. Percentage-wise, no Beaufort County municipality has hit the 10% mark.

“Our turnout for municipal elections during One Stop in 2017 was 701,” Hopkins said Friday afternoon. “Right now, we’re at 664, so we should be close to that by the end of the day. So even though that’s low, that’s kind of the normal.”

Broken down by community, the following are voter totals and percentages of total eligible voters participating:

As for participation on Election Day, Hopkins says that will likely vary from town to town. For example, communities with uncontested elections, such as Bath and Chocowinity, are likely to have a lower percentage turnout than precincts in Washington and Belhaven, where there are multiple candidates on the ballot.

“It depends on the municipality,” Hopkins said. “Of course, voter turnout is going to go down if there are municipal elections where there is no opposition to the candidates that are running. … When there’s not much of a race, the turnout seems to be lower than when it’s contested.”

For Election Day voting on Tuesday, municipal voters can visit their precincts anytime between 6:30 a.m. and 7:30 p.m. There will be no voting at the Board of Elections offices. Unofficial results of those municipal contests will be posted online at www.thewashingtondailynews.com Tuesday evening and will appear in print in Thursday’s edition.

Those who are unsure of where to vote can look up their polling place online at vt.ncsbe.gov/PPLkup or call the Board of Elections at 252-946-2321 for additional assistance.

For most Beaufort County residents, Hurricane Dorian has been relegated to just another storm that blew through eastern North Carolina,... read more