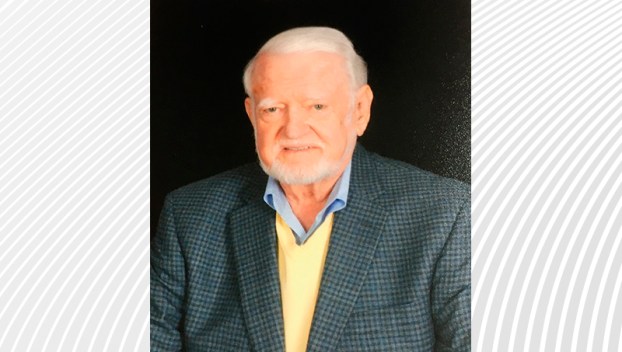 On Nov. 1, 2019, J. Larry Carter passed away peacefully at home, surrounded by his family.

Larry was born April 16, 1938, in High Point, N.C. to Wade and Mabel Seltz Carter. At age three, his family moved to Raleigh, N.C. Larry attended Murphy Grammar School, Hugh Morson High School, and graduated from Needham Broughton High School. In 1960, he graduated from UNC-Chapel Hill with a Bachelor of Arts degree in Economics. Larry was a member of the Kappa Alpha Order.

A highlight of Larry’s youth was earning his Eagle Scout award and attending Philmont Scout Ranch in New Mexico.

Larry’s career began at Carolina Power & Light. After a few years, he joined First Union National Bank in Charlotte as the Cotswold Branch Manager. As his career progressed at the bank, Larry started and managed the International Banking division and the Economic Development, Agribusiness, and National and Corporate Banking divisions.

In 1975, Larry moved his family to Albuquerque, New Mexico. He joined First National Bank of Albuquerque, and in a short time became the bank’s President and CEO. He later served as Chairman and CEO of other banks in New Mexico.

Larry met Mary West Britton while they were students at Broughton High School. They married in 1959 and had three children: James Larry (Jay) Jr., Mary Margaret (Emma), and Britton Wade (Britt). The two spent many wonderful years together, traveling, living in different cities, and raising their kids.

On Dec. 23, 1996, Larry married Aida Plaza, and they spent many years in the Washington, D.C. area. In retirement, the two resided in Camp Leach Estates, Washington, in a riverfront home they named “Serenity.” Larry was a member of St. Thomas Episcopal Church in Bath, N.C.

Larry was passionate about life. He loved his family and friends and built long-lasting friendships. Many of Larry’s best friends throughout his life were his friends since the first grade.

Larry was also a nature lover and avid outdoorsman. He was awed by the beauty found in nature and had a remarkable ability to share his love of nature with others. He loved to hunt, hike, camp, fish, ride horseback, spending time on his boat — just about anything to be outside. Larry was also a dog lover. Throughout his life, he always had a special dog by his side. His children and grandchildren share his love for nature and animals, and credit him for teaching them the importance of respecting all living things.

Travelling was also one of Larry’s loves. Through his work, and for fun, he saw the wonders of places and people around the world. Everywhere he went, he made friends, and he had deep respect for the diverse cultures and customs he experienced. In the last few years of his life, Larry and Aida traveled to Chile, England, Italy, Australia, New Zealand, Singapore, Hong Kong, Ecuador, Kenya, Tanzania, and several states across the American Northwest and Southwest.

Larry loved music of any kind, but he particularly loved Country & Western, Bluegrass and Old-Time music. His family and friends have many tales about Larry dragging them to Fiddlers’ Conventions and honky-tonks to experience live music. He also enjoyed singing with his friends.

Larry will be remembered for his dazzling blue eyes, leading-man smile, easy, hearty laughter, willingness to take risks in the name of fun and adventure, kindness, charm, friendship, and his faith. To his family and friends, he was called Dad, Pee Paw, Pop, Leroy, Jimmy, Mr. President, and Pard. We will miss him terribly, but we will carry the memory of this wonderful man in our hearts forever.

Paul Funeral Home & Crematory of Washington is honored to serve the Carter family.