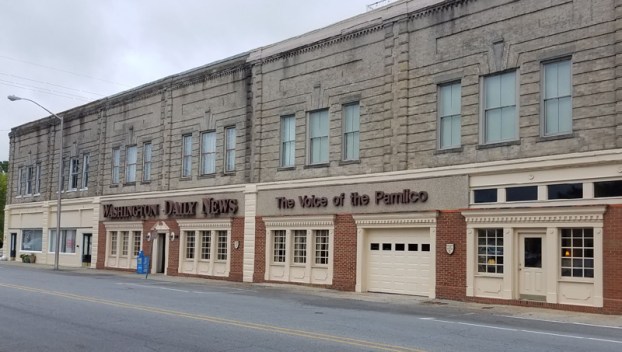 DRIVE BY: Spelling out its history, the building at the corner of Market and Third streets now has three Washington Area Historic Foundation plaques describing its origins. (Daily News)

The evolution of one notable downtown building

Over the last 100 years, one well-known Washington building has done just that: changed in purpose. Built in 1912 on the corner of Market and Third streets, the M.A. Smith Shirt Factory was typical of that era of commercial buildings. A two-story brick building with stone keystones and accents, it was divided into three sections: the north and middle were where the manufacturing happened and the south end of the building housed a storage warehouse for the finished product. 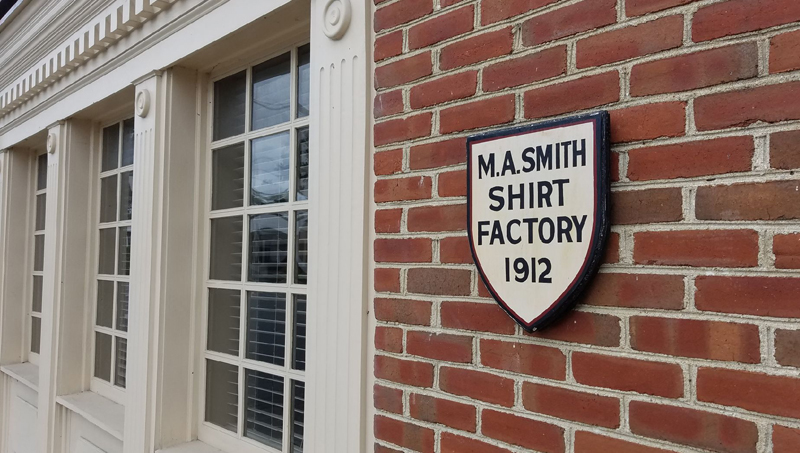 PRIOR USE: The building that is now home to the Washington Daily News, offices and the Fire Station Lofts luxury condominiums started its life as the M.A. Smith Shirt Factory. (Scott Campbell)

Over time, however, the building evolved. In 1924, the City of Washington bought the south side and turned it into Fire Station No.1. It also served as a polling place and community space. In the 1930s, the northern end of the building was sold and became Rumley Auto Works, where cars were serviced on ground floor and displayed on the second floor.

During World War II, USO Headquarters could be found on the second floor of the south end — come the weekend, dances were held there, complete with live band.

In 1958, the Washington Daily News bought the middle section of the building and moved its offices up North Market Street. Then in 1968, Beaufort County Community College got its start as Beaufort Technical College in the same space once occupied by the fire station and the USO decades before. After BCCC found its new home on U.S. Highway 264 East, and its former home converted to storage space for the Daily News, little changed over the next few decades. 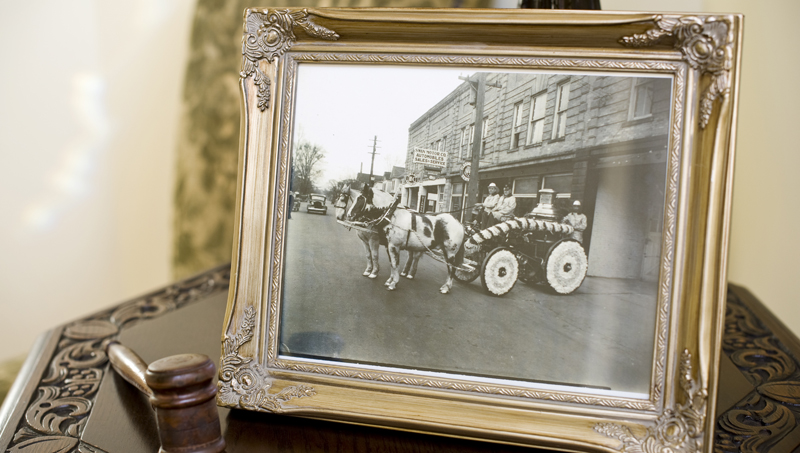 MULTIPURPOSE: A photo of a horse-drawn fire truck decorates a hall table in the Fire Station Lofts. Built in 1912 as a shirt factory, the building has been home to a fire station, USO headquarters, an auto showroom and garage, the Washington Daily News and was the birthplace of Beaufort County Community College. (Daily News)

But that changed again when Scott Campbell and Bill Sykes purchased the second floor of the south section, converting the space to luxury loft condominiums in 2006. Today, the building is comprised of offices owned by Shannon Blackstone of Pamlico Properties, the Washington Daily News and Fire Station Lofts, and the exterior bears three Washington Area Historic Foundation plaque, showing its earliest tenants: The Rumley Building on the north end; Washington Fire Station No. 1 on the south; and the M.A. Shirt Factory Building in the middle.

Campbell, who orchestrated the effort, said it is important to get the building’s evolution on display.

“It shows people that we’ve repurposed these buildings and that they’re still vital, they are still contributing to downtown. That repurposing has been happening over the past two years and we want to keep that momentum going,” Campbell said. 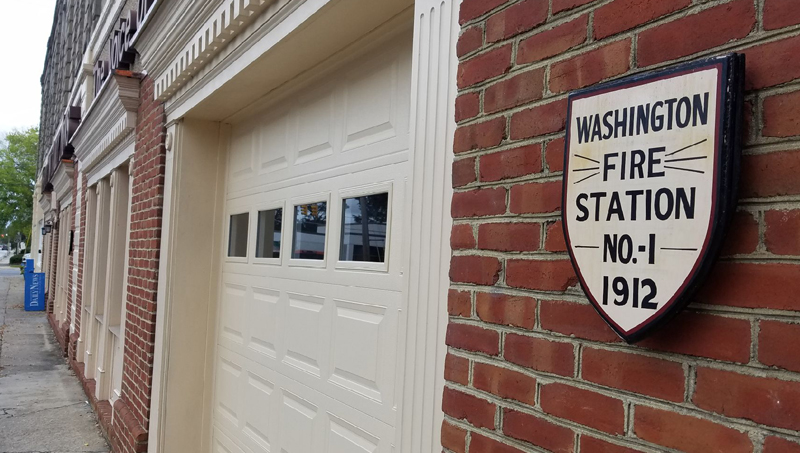 FIRST NOTICE: Scott Campbell and Bill Sykes were award the first of the building’s historic plaques in 2012, celebrating the former home of the Washington’s Fire Station No.1. (Scott Campbell)

The building has undergone a recent makeover, getting a new garage door, rotted wood replaced and for the first time in a very long time, the building is now painted all the same color.

“Now it looks more like the original structure it was meant to be,” Campbell said.

He said it is a straightforward process to get a plaque for a historic district structure: all that’s required is proof that the building, whether commercial or residential, is at least 100 years old or older — proof that can be found by researching the deed.

“They name the structure for the first owner that can be identified on the deed. Ours was a little difficult, because it wasn’t really explicit about who owned the building because it was commercial,” Campbell said. 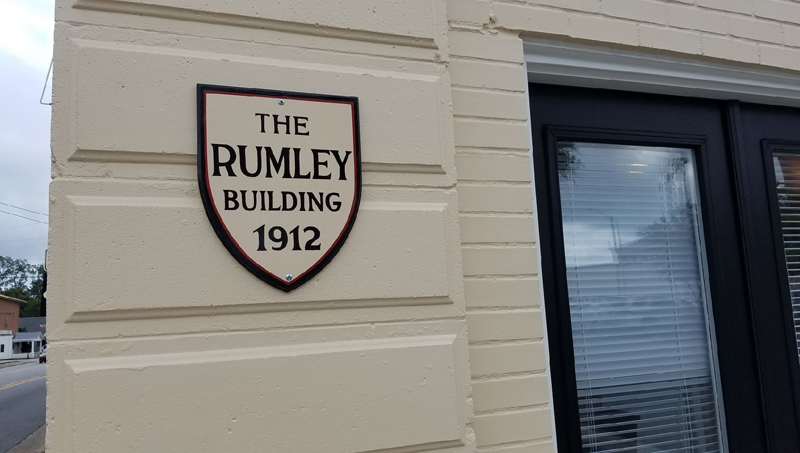 PAST LIFE: In the 1930s, Rumley Auto Works occupied the north side of the building with a ground floor service area and a second floor showroom. The ramp where cars were driven up to the second floor can still be found in the building. (Scott Campbell)

Campbell resorted to using Sanborn maps to determine the building’s age, which were developed by insurance companies to map out all buildings.

Campbell said he encourages those who have a century-plus-old structure to reach out to the Washington Area Historic Foundation to apply for a plaque, because each structure contributes to Washington’s past and future.

“It helps give a sense of history to the town and it shows an owner’s commitment to maintaining the building and a pride of ownership,” Campbell said. “Another great thing — especially with our increased walkaround tourism that is happening — when they look our building they see a shirt factory, a fire station and an auto works, how cool is that?”

Beaufort County families in need this holiday season can register for Toys for Tots from 9 a.m. to 4 p.m.... read more