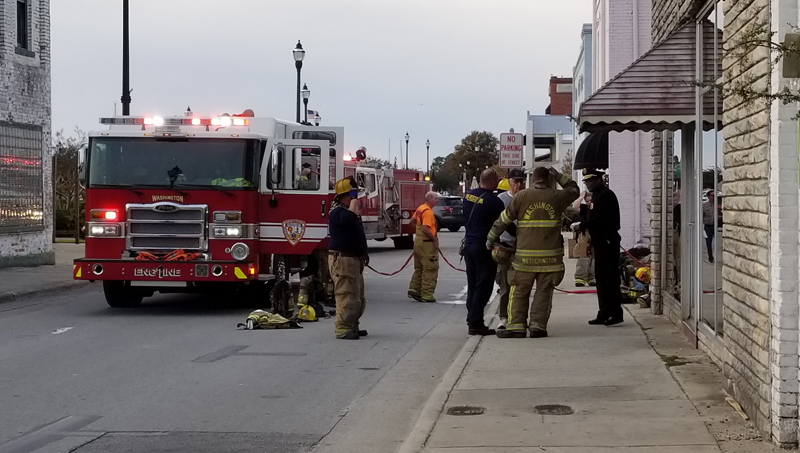 A small fire in the rear storage area of Washington’s La Perla bakery was quickly contained Tuesday afternoon through the efforts of Washington Fire-Rescue-EMS.

According to Washington Fire Department interim Division Chief Doug Bissette, a passerby called in Tuesday afternoon reporting smoke coming out of the building, prompting a response from the department.

After forcing the back door of the business, firefighters found a laundry basket engulfed in flames. They were able to pull the burning basket out onto the lawn behind the building, where it was quickly extinguished.

“When Engine 1 got here, they did have smoke coming from the back of the building,” Bissette said. “They found the fire pretty fast and pull it out.”

Bissette says the exact cause of the fire was unclear as of Tuesday afternoon, and that damage to the building was limited to smoke. 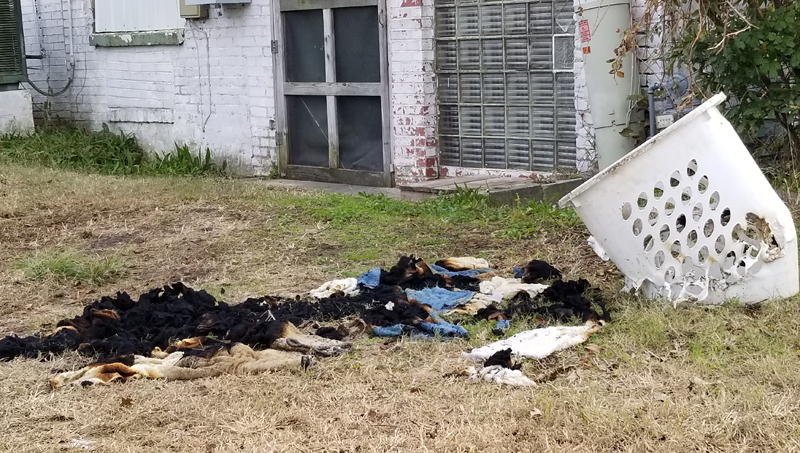 SOURCE: Firefighters pulled a burning laundry basket out of the building, extinguishing the fire on the back lawn of the business. (Matt Debnam/Daily News)

“There was minimal smoke damage throughout (the building),” Bissette said. “No real property damage.”

The business was closed, and the building was unoccupied at the time of the fire. Bissette said there were no injuries from the fire. A total of six fire and rescue units responded to the scene, including five fire trucks and one ambulance.

The Washington Police department also responded to the fire, blocking off traffic on Stewart Parkway, Market Street and Water Street. The Bunyon Fire Department was also paged to the scene, but the fire was extinguished before they arrived.