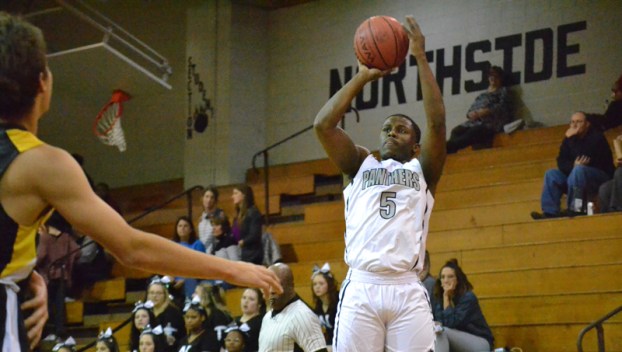 JUMP SHOT: Northside’s senior guard Tyler Turner at the top of his release on a made 3-point attempt in the first quarter of the Panthers’ win over Mattamuskeet. (Mitchell Thomas / Daily News)

PINETOWN — The Northside Panthers’ Tip-Off tournament began Tuesday afternoon, and both Panther teams came away victorious to advance into the championship games. 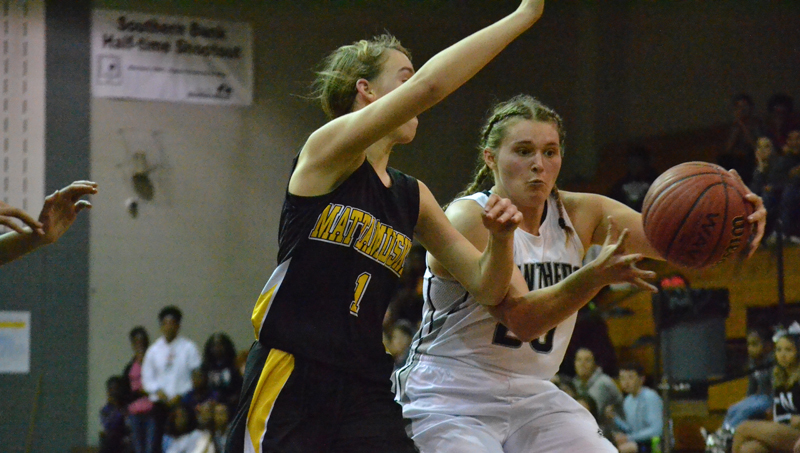 POINTS LEADER: Lady Panther Lexi Sommers grabs a hold of the ball and sets up for a shot in Northside’s season-opening win over Mattamuskeet. Sommers led the team with 12 points. (Mitchell Thomas / Daily News)

Suffocating defense and points off turnovers was key in the Northside girls’ basketball team’s season-opening win over Mattamuskeet.

While Lady Panthers’ head coach Michelle Leathers said her team needed to improve their layups, she was pleased with the way her defense played.

“We played good on defense despite our reaching,” Leathers said. “We ran the offense the way we wanted to run the offense, but we missed — I don’t even want to say — at least 20-plus layups or something. (We need to improve) our free throws, we need to communicate better on defense and offense. Once we get into basketball shape, we’re always going to have a chance.”

The defensive pressure from the Lady Panthers gave the Lady Lakers some trouble. Early on, the full-court press resulted in multiple fast-break opportunities. Cameron Rose tallied three steals in the first quarter alone, and she finished with nine points. At the halftime break, the Panthers held a 36-7 advantage. 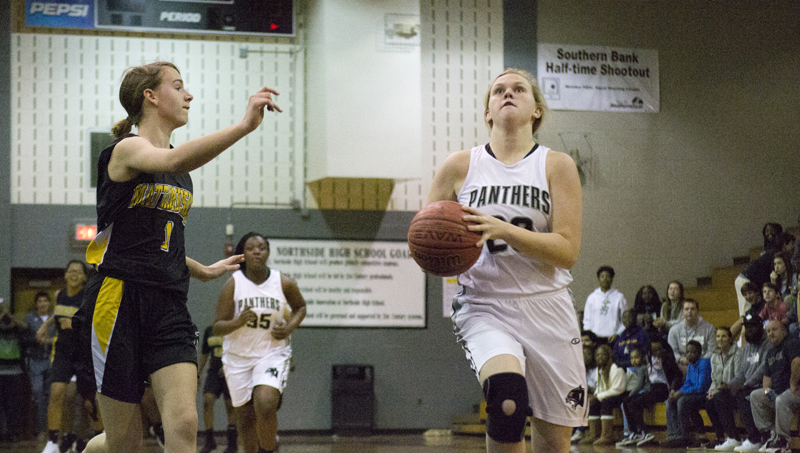 Northside cruised through the second half, and did a nice job defensively to hold the Lakers to six points in the final two frames.

Senior guard Prentiss Thomas finished with seven points and a couple of assists and steals on the night for the Panthers.

“We started off a little rocky, but then we started to get into the flow of it,” Thomas said. “Defensively, we got a lot of steals. We could still do better, but it was our first game and I think overall we did good.”

A 1-0 start for the Northside Panthers team bodes well for a squad that lost their top-2 leading scorers from last season. Senior guard Tyler Turner stepped up and drained three early 3-pointers to get his team going.

“I thought I was going to come into tonight shooting terrible because at gym today I was shooting bad. It was good to shake that off and get the team going though,” Turner said. “It feels pretty good, though (to get the first win of the season), had to get that dub first.”

Turner finished the game with a team-high 13 points, with 11 coming in the first quarter.

The Panthers’ defense caused the Lakers a lot of problems throughout. They closed out on shooters well, forcing an extra pass that was usually batted around. Those turnovers led to many transition buckets for the Panthers.

Omari Crandell hit a couple of 3’s in the second quarter, and Caleb Alligood hit one as well that extended the Panthers lead to 20 points in the first half. Alligood finished with seven points. 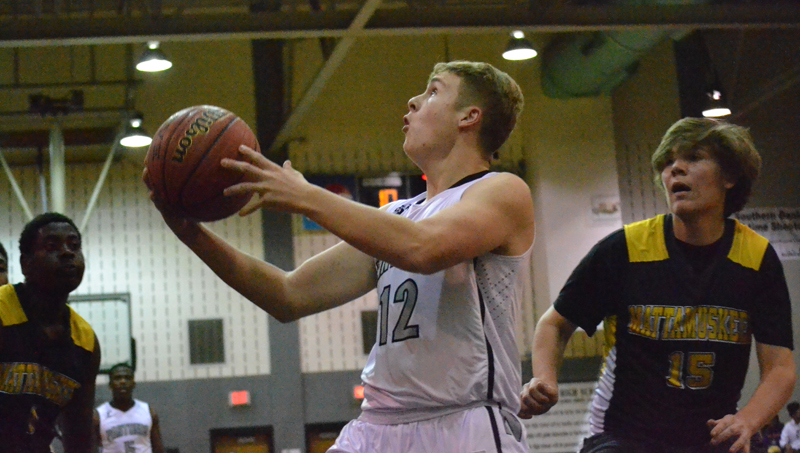 CONTACT: Northside junior Caleb Alligood gets bumped on the way to rim in the Panthers’ first-round victory in the Northside Tip-off tournament. (Mitchell Thomas / Daily News)

Carter Boyd scored at least two points in each quarter, with four in the third to give him 10 points on the evening. Mike Jones finished with six and Jon’Malik Freeman tallied seven.

“First game, a lot of my guys just finished up football, so it’s been a transition period for them and we haven’t had a lot of practices together, so to come out and get a win, run some series of plays, we have some positives to work with for games to come,” Panthers head coach Jared Adams said. “We’ve been really harping on defense, being in position, helping out, talking and communicating. That was a key tonight. If we can just fine tune those adjustments and not get too extended in our zone, we’ll get a lot better through the stretch of the season.”