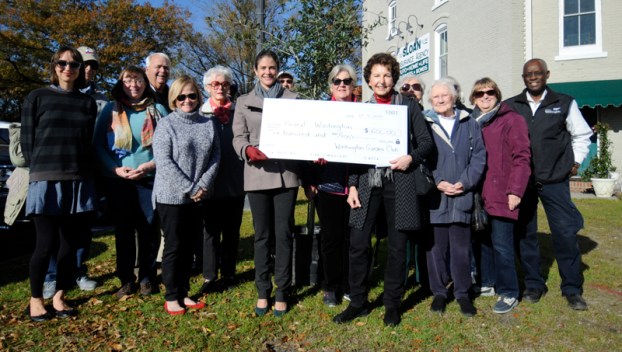 ReLeaf honors past with growing future

Washington is being re-leafed, one tree at a time.

Thursday, the board of ReLeaf Washington and representatives of the City of Washington gathered on Stewart Parkway as the Washington Garden Club dedicated a live oak to two past garden club members, both of whom died in the past year.

“We did the first two (trees) in honor of Janice Simons, then Peg Franklin, and that’s when we decided to do another two trees because it’s a good way to honor and remember them,” said garden club member Eleanor Broderick of the dedicated garden club members.

The Washington Garden Club also took the opportunity to donate $600 to the budding nonprofit with the mission of replanting trees around town. Based on releafing efforts in Greenville, ReLeaf Washington was founded earlier this year by Mack Simpson and Dick Leach. Since, the organization has grown to more than 60 members, and so far, nine live oaks have been planted, while the garden club’s donation now awaits going in the ground. 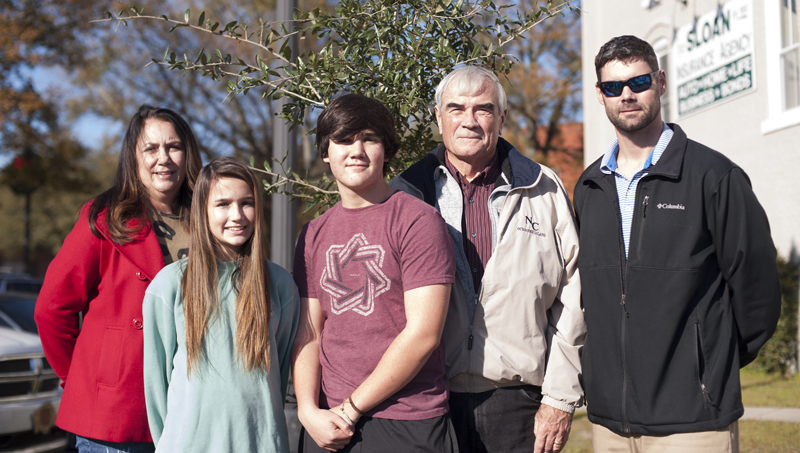 The City of Washington is also partnering with the organization to populate Stewart Parkway with trees, particularly on the north side of the street, where parking lots are mostly bereft of trees. According to ReLeaf Washington, the benefits of planting trees not only include beautification and a greener landscape. Trees also provide shade for visitors, reduce radiant heat and storm-water runoff, as well as furnish a better habitat for wildlife.

While Stewart Parkway is the site of the latest tree planting, Simpson said there are larger projects coming.

“We think our next big project will be 11 trees out at the Susiegray McConnel (Sports) Complex — they need some shade out there,” Simpson said.

ReLeaf Washington plants native trees such as live oaks, cypress, maple and other oaks, as well as arranges maintenance of the trees to ensure they survive and thrive, according to ReLeaf’s brochure. A basic membership to ReLeaf Washington is $50; membership levels go up to $1,000. For more information, visit www.releafwashington.com or email Mack Simpson at macksimpson@yahoo.com.