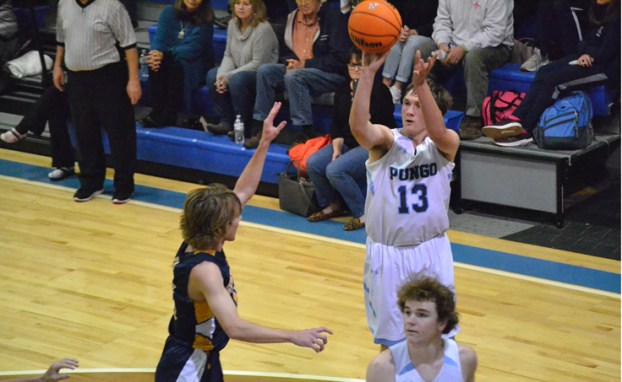 JUMPER: Pungo Christian Academy’s Brent Benson steps out for a jump shot in a game against Ridgecroft earlier this season. Benson made the All-Tournament team, and was also awarded a $1,000 scholarship from the Lt. Nick Brantley Scholarship Tournament. (Mitchell Thomas / Daily NEws)

The girls defeated Lawrence Academy 29-17 in the first-round of the tournament on Thursday afternoon to advance into the finals.

The Lady Raiders’ defense came to play again in the championship game, while Emma Williams (14) and Lauren Kellie Ricks’ 11 points were enough to surge the Lady Raiders to the title. 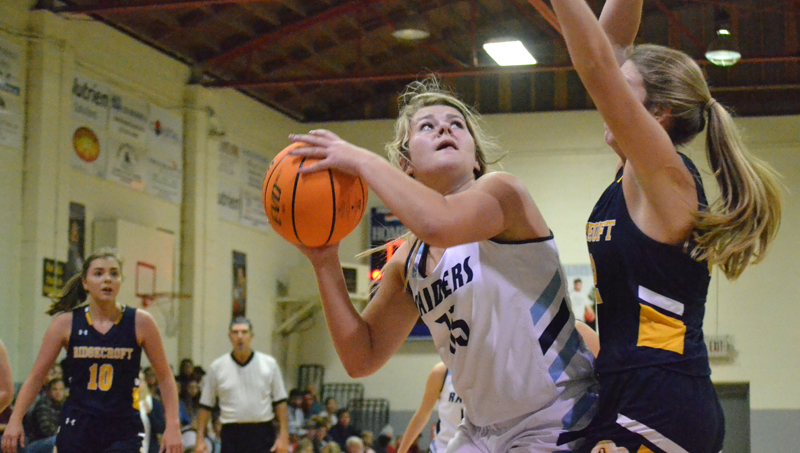 Riley Cutler, Reagan Stoop and Tiffany Renwick all added two points in the game as well.

In the Championship game Friday night against Southampton, Lee clipped the 20-point mark again, Bishop and Benson scored eight points each, while Albert Ruiz, Caedon Lyons, Edward Credle, Miller O’Neal and Wilson Sawyer all picked up a bucket in the contest.

Ricks and Cutler were named to the All-Tournament team, while Emma Williams earned MVP for the whole tournament.

Each year, the Lt. Nick Brantley tournament gives away three $1,000 scholarships to senior athletes preparing for college. This year, one of the scholarships was awarded to Pungo’s Benson.

Brantley — a graduate from Ridgecroft — was a U.S. Navy Lieutenant. The Ahoskie native served as the Administration Officer for Detachment TEN “Killaz” in support of the Standing Naval Forces Atlantic West aboard the USS Simpson in 2004. After deployment, he earned the qualification of Helicopter Aircraft Commander.

On the solemn day of Sept. 24, 2005, Brantley was performing a training exercise off the coast of North Carolina coast, that Brantley and two other members lost their lives when their Navy Seahawk helicopter crashed into the Atlantic Ocean.

The tournament is a part of Brantley’s legacy. In its 14th-year, the Lt. Nick Brantley Scholarship tournament not only memorializes the life of an outstanding young man, but it also uplifts all the participants in the tournament through the spirit of competition, giving them the opportunity to earn a scholarship towards their college endeavors.