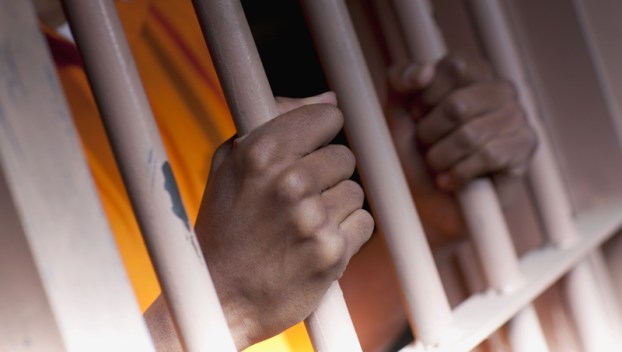 Bond reform is sweeping the nation, and the 2nd Judicial District is leading the way in North Carolina.

Two major changes are in store. The first is magistrates, instead of relying on a set list of bond fees correlating with a certain class of crime, will instead decide bond or no-bond with a flow chart that narrows down whether someone should have a secured bond or should be released on a written promise to appear in court, to another person willing to make sure they show up in court or on an unsecured bond. The second is Beaufort County’s District Court will hold a bond hearing every week to ensure that those newly charged with minor crimes are not sitting in the county jail solely because they cannot afford bail.

“The purpose of bond is to assure somebody’s present at trial, but it is not for punishment. By law, our statute cannot be used as punishment,” said 2nd Judicial District Senior Resident Superior Court Judge Wayland Sermons Jr.

Sermons, Chief District Court Judge Regina R. Parker and District Attorney Seth Edwards, along with the Clerks of Court’s offices, sheriff’s offices and jail administrators, have been pursuing  bond reform since this summer, with the expectation it will address several local issues.

Two people are charged with the same crime; each has the same past criminal record. One makes bond, while the other sits in the Beaufort County Detention Center until his court date arrives. The only difference between the two is one had the money to pay bail.

“Obviously, there’s a perception in the court system: if you have money, you get a better outcome. The person with means gets out in an hour. The person without means, who’s charged with the same crime, is going to sit there,” Edwards said.

Without the means to pay, those charged with minor crimes sometimes spend more days in jail waiting for their court dates than the maximum sentence for the crime they’ve allegedly committed. Sermons said the overriding desire to get out of jail has also led to guilty pleas once a court date arrives, not because a person is guilty, but because they don’t want to spend more time in jail while awaiting trial.

Less than half of Beaufort County’s inmates are housed in the Beaufort County Detention Center, according to Edwards. The jail, located beneath the Beaufort County Courthouse, has experienced a series of issues over the years, the latest the failure of the door locking system that forced several cellblocks to be closed. Since, county inmates have been shuttled to and from facilities in other counties — some as far away as Catawba — for court appearances. The average housing cost of $55 per inmate per day, for 25 inmates, for example, has a price tag for the county of $41,250 a month, not including the cost of transporting inmates and the manpower needed to do it. According to Edwards, in the five-county district, only Washington County has a good jail situation: Martin County shares a jail with Bertie County, and Hyde and Tyrrell counties have no jails at all. Each county is spending money to house inmates they say shouldn’t be housed at all.

“Our district is very unique in that we’ve got a very large geographical area: we have five counties and only two counties have jails,” Edwards said. “We’re not trying to find a way to let people out. We’re really trying to determine if the bond’s purpose is to make sure they appear or is the bond’s purpose to detain them?”

According to a study of the pilot program in Jackson and Haywood counties, barring traffic court appearances, bond reform had almost no effect on what’s called FTAs, or Failures to Appear (in court). The increase was about 1.5% in Jackson County; 2.5% in Haywood County. In both counties, the highest percentage of people who did not show up for court was those with secured bonds — those who had the money to get out.

HOW BOND REFORM WILL WORK

Data will determine who is eligible to be released without bond or under a unsecured bond. For Class 3 misdemeanors, the recommendation will be for magistrates to impose a written promise, a custody release (releasing to another person who takes responsibility for the inmate showing up for court) or unsecured bond. For those with Class 2-A1 misdemeanors up to Class F-I felonies, magistrates will employ a checklist containing statements such as “Defendant has a history of FTAs,” “Defendant has a prior record of felony conviction; misdemeanor convictions within the last five years demonstrating a pattern;” “Charged offense requires sex offender registration;” “Charged offense is a drug trafficking offense;” and more. If no box is checked on the list, the release recommendation is the same as above. However, if any box is checked, or the person is charged with a class A-E felony, a magistrate will be required to determine if there’s a chance that person will not appear in court; he poses a danger of injury to another person, including himself, or his release will likely result in destruction of evidence, persuading people to lie in court for him or intimidation of witnesses, then a secured bond will be recommended.

For District Court Judge Regina Parker, the checklist requires magistrates to assess the individual and not the charge.

“It makes them look at this person and answer these questions. If they do not apply, then it’s a non-financial (outcome),” Parker said. “This flow chart is really going to help our magistrates focus in on the exact information they need to make a good, informed decision on each bond. … Our whole point is to make sure that people aren’t penalized for being poor. It’s an appearance bond — you just want them to appear (in court).”

Each decision will be weighed based on person’s past record; exceptions can be made for every case — even in the opposite direction. The DA’s office can weigh in at any given bond hearing if the DA has reason to believe someone with a lesser charge is likely to skip court, be a threat to others or try to influence witnesses.

“The magistrates and judges will still have the same discretion as they’ve always had, if they have to go outside of this guideline one way or the other, but if they do do that, they have to document it,” Edwards said. “From the DA’s standpoint, I look at this reform as really increasing public safety because the magistrates are going to have to go through a thorough process to determine what’s best for him or her.”

“It is not a way to let people out that do not need to be out. It’s a process that follows existing laws,” Sermons said. “It is probably the right thing to do for people of lesser means, and for everybody, as far as justice, to be fair.”

BELHAVEN — Three new faces joined the Belhaven Board of Aldermen on Monday night, two newly elected in November and one... read more