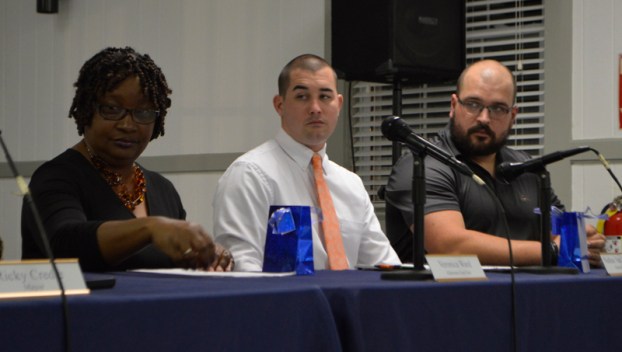 Taking cues from Belhaven voters, the outgoing board voted unanimously to tap Bradford Linton to fill out the unexpired term of Jay Wilkins, who resigned from the board in November.

Linton ran alongside Brenda Cherry for a seat representing the town’s West End during last month’s municipal election. While Cherry won the seat by 100 votes, Wilkins’ resignation offered a new possibility for Linton to serve.

“It’s surprising, but I’m very honored, very thankful and grateful to the council for appointing me,” Linton said. “I look forward to doing everything we can to keep Belhaven moving in a positive direction.”

For Cherry and Ricky Radcliffe, both of whom will continue serving on the board this term, Linton was a natural choice for the position as the runner up in the election.

“I kind of felt like it was his desire to be here because he ran for council,” Radcliffe said. “It shows that he was interested in coming aboard and helping the town of Belhaven, so I felt like he was the right one.”

“I appreciated the way (Linton) handled himself during the election,” Cherry added. “He was very positive in his approach to the election, so I thought he would make a great addition to this council.”

The board accepted Wilkins’ resignation Nov. 18. In a letter to the board, Wilkins cited a need to take care of ailing family members and a disconnect with the board as his reasons for resigning.

Also leaving the board were East End Aldemen Mary Cox and Amos Wilson, both of whom were recognized for their service during the meeting. Neither Cox nor Wilson chose to run for reelection in 2019.

Presiding over the installation of new officials, District Court Judge Keith Mason recalled his years of service as the town’s attorney from 1992 to 2007. Mason commended the work of the board during the past several years and encouraged unity among the town’s citizens. 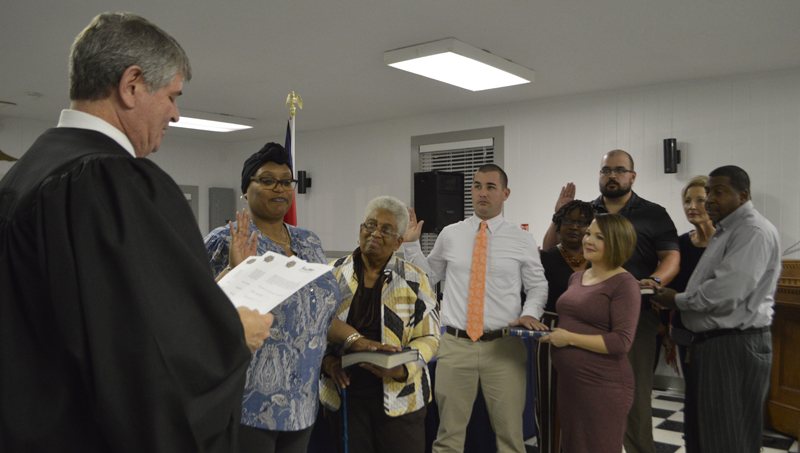 SWEARING IN: District Court Judge Kieth Mason administers the oath of office to new and reelected members of the Belhaven Board of Aldermen. (Matt Debnam/Daily News)

“When I walked in tonight to this very familiar place, there was a buzz in the room,” Mason told the large crowd assembled for the meeting. “It was a good buzz. It wasn’t a buzz of rumoring and murmuring; it was a buzz of excitement and energy. I’m overjoyed to hear about the good things accomplished by the town council and mayor. If we continue to focus on the things that unite us, our town, our country, our state, everybody will be stronger and better off for it. I commend you all on the efforts you are making in that regard.”

While the agenda was light on business for the new board to discuss, the group did make one significant change in its meeting schedule for 2020. Instead of meeting twice per month, the Belhaven Board of Aldermen will now hold one monthly meeting on the second Monday of the month.