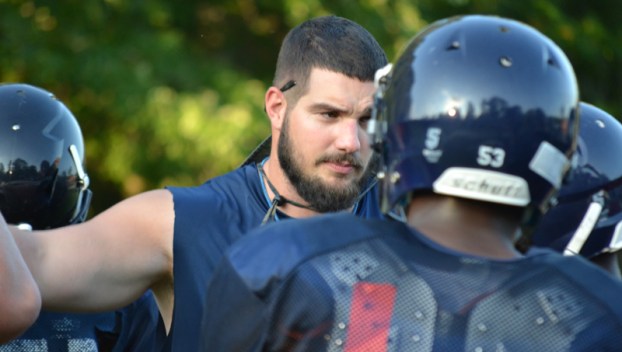 INTERIM: Washington’s Perry Owens gives direction to one of his players during a summer practice prior to 2019. Owens was named the Pam Pack’s interim head coach on Monday morning. (Mitchell Thomas / Daily News)

The search begins for a new head football coach at Washington High School. Offensive coordinator Perry Owens has filled the role of the interim head coach during the duration of the school’s search. Owens is also a candidate to maintain the head coaching position after the search has concluded.

Owens came to Washington under head coach Jon Blank to be offensive coordinator in 2017. In the past three seasons, each of Owens’ offenses were in the top-10 in school history for yards per game, points per game, and rushing yards per game.

Owens’ offense helped lead the Pam Pack to a share of the 2-A ECC this past season, and a trip to the second-round of the NCHSAA playoffs against Salisbury, who went on to win runner-ups in the 2-AA Championship. 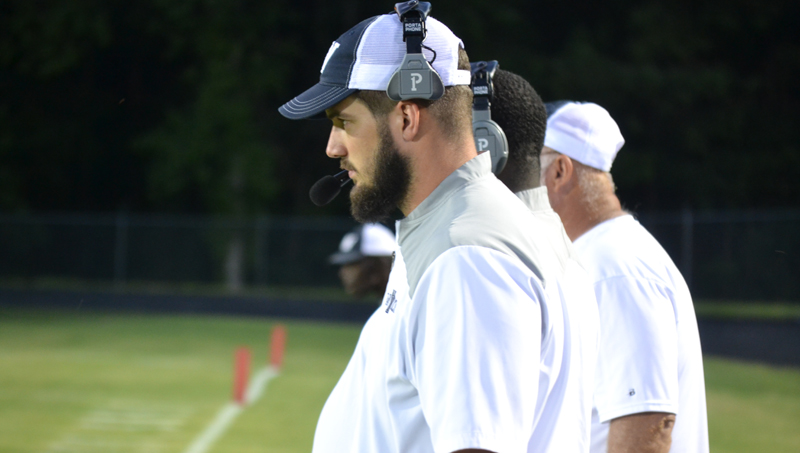 PLAY-CALLER: Washington’s Perry Owens surveys the field during the Pam Pack’s playoff game against Salisbury this past season. (Mitchell Thomas)

“I look forward to maintaining our current culture of 80’s and above in the classroom as well as our blue collar work ethic in the weight room. This formula allowed us to improve dramatically over the past three years,” Owens said after he was named interim coach. “I want to provide the best situation possible for the coach who our administration feels best to lead our program. We are not a rebuild anymore. We are ready to take the final steps towards becoming a consistent winner.”

Blank out as Washington football coach

Washington head football coach and Athletic Director Jon Blank has resigned from the school to pursue other endeavors, according Beaufort... read more