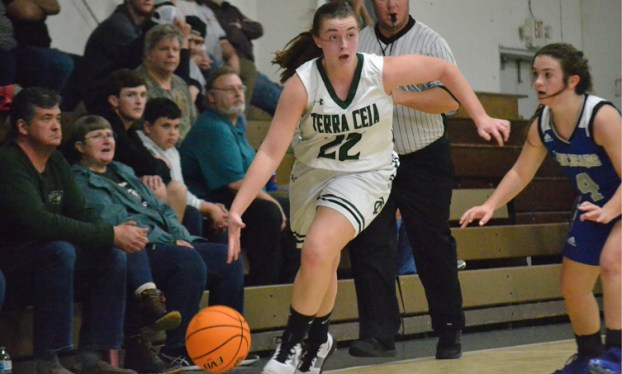 It was a clean sweep, as the Terra Ceia Lady Knights defeated the Lady Bears 53-38, and the boys handled their business with a 63-32 victory on Monday evening.

Early on both teams battled for every basket. The Lady Knights jumped ahead early and they relied on their defense after grasping the lead. Terra Ceia scored 12 points in the first frame and were held to seven in the second quarter that resulted in a 19-15 halftime lead.

Carly James and Emily Roscoe came out in the second half and took the game over with their transition offense and 3-point shooting. James totaled 26 points and accounted for over half of the Lady Knights’ final tally. Roscoe buried a couple of second half 3’s and ended with seven points on the evening. Lynn Van Staalduinen picked up nine points, and Hensley Jordan had four.

The Lady Knights (8-5, 3-3) recorded its fourth consecutive victory heading into a matchup with the first-place Northeast Academy Lady Eagles (8-3, 6-0) in the Tarheel Independent Conference.

The Terra Ceia boys have rattled off 12 consecutive wins after Monday night’s thumping of the Bears.

The Knights punched the accelerator and never trailed in the contest. They outscored the Bears 37-13 through the first half, and head coach Roger Klaassen reflected on his defenses performance.

“Right now, we’re focused on a mission to the final end line. These guys know what we have to do and know how we have to play,“ Klaassen said.

The Knights’ last lost came at home against archrival Pungo Christian Academy, and Klaassen believes the loss motivated his team for this 12-game winning-streak they’ve been on.
“It’s absolutely (motivated them). I’ve been in this position too many times. I told them, ‘You’ve put yourselves in a situation where we can’t lose again.’ So that’s our mission. We see the finish line now, and we’re driving towards it,” Klaassen added.

Junior guard Gunner Couch has scored 56 points in his last two contests, scoring 17 against the Bears.

“It feels really good,” Couch said about his recent groove he’s been in. “I just try to set myself up to get easy buckets and help my team win. We need to work on our rebounding and getting out on fast breaks. I think we’ve been doing a lot better job on defense the last couple of games, though.“

When asked whether or not they were going to get revenge on Pungo for the home loss they suffered over a month ago, Crouch answered, “Yes, sir.” 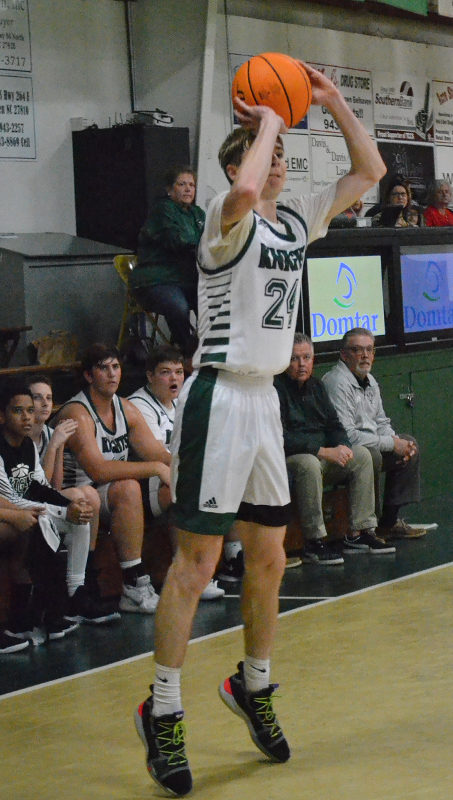 CORNER SPECIALIST: Terra Ceia’s Matt Van Staalduinen rises up for a 3-point shot against Hobgood Academy earlier this season. Van Staalduinen recorded 20-plus points for the 12th time this season, with 24 points against the Bears in three quarters of work. (Mitchell Thomas / Daily News)

The Knights returned to the floor Tuesday night against Northeast Academy in Lasker, and travel to face Hobgood Academy on Friday night in a battle for second-place in the Tarheel Independent Conference.

There was plenty of basketball being played this past weekend around Beaufort County, and local schools picked up some big... read more