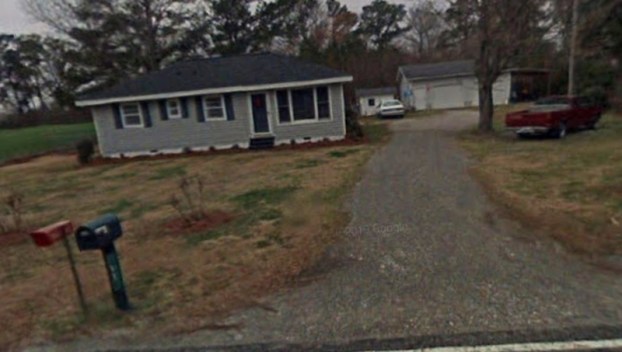 Child custody could be murder-suicide motive

AURORA — A looming custody battle may have been behind a tragic murder-suicide in Aurora.

The Beaufort County Sheriff’s Office released the names of the deceased on Wednesday afternoon: 31-year-old Craig Lamont Sawyer and 25-year-old Alisha Marie Morgan. Tuesday morning, a 911 call made by Morgan’s mother alerted the sheriff’s office about a domestic situation in progress, and told dispatchers that Sawyer had shown up at the Nutrien facility, where Morgan worked with one of the phosphate-mining company’s subcontractors. Sawyer was armed and forced Morgan to leave the site with him, according to a BCSO press release.

“She was in the parking lot when he made contract with her,” said BCSO Lt. Jim Vanlandingham.

At Sawyer’s house on Austin Road, deputies found both Sawyer’s and Morgan’s vehicles parked in the yard. According to the press release, deputies were able to speak to Sawyer through a closed and locked door, but he refused to let them in his house or allow Morgan to come out. A little over an hour and a half later, Sawyer stopped communicating with deputies. Seconds later multiple shots were heard inside the house, the release stated. When deputies breached the door, they found Sawyer in the hallway suffering from a single gunshot wound and Morgan in a nearby bedroom, suffering from multiple gunshot wounds from a 40-caliber handgun. Both Morgan and Sawyer were pronounced dead at the scene.

According to Vanlandingham, last week, Sawyer was fired from a his job at Republic Services in Aulander, and Morgan had reached out to the sheriff’s office the day before the shooting about property she said Sawyer had stolen from her.

“There was an incident the day before between them; that was the first incident, but there was no threatening that took place. She reported a larceny. She reported that he had taken some of her personal property on Monday, Jan. 20. The deputy called him and said he would be charged with larceny if he didn’t bring it back. And he brought it back,” Vanlandingham said. “But she’s never reported any problems between them.”

Instead, investigators believe custody over the 1-year-old child the two shared may have been the motive behind the shootings.

“We got information that she had filed for full custody of the child they had in common. (The papers) had just been filed, I want to say Friday, and they hadn’t come to us yet to be served,” Vanlandingham said.

During the kidnapping and standoff at the Austin Road home, the child was with Morgan’s mother, who made the call to 911, informing emergency communications that her daughter’s boyfriend had picked her up from work and “would not let her go.”

“It’s sad and tragic,” Vanlandingham said. “I just feel bad for the family.”

It’s one of the most fundamental laws of a watershed — everything flows downstream. Catching and filtering runoff from approximately... read more