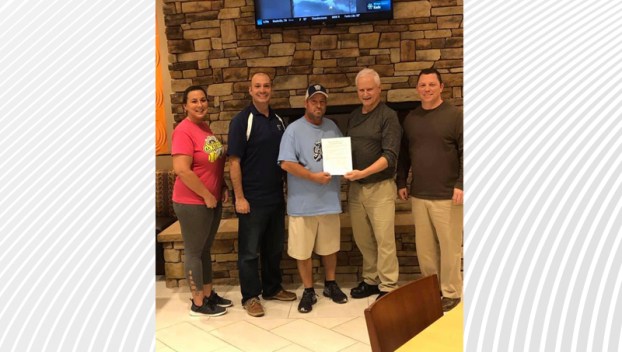 Many times youngsters playing for Washington’s little league softball league have taken their teams to the North Carolina State championship tournaments, but this year they won’t have to travel far at all. This will practically be a step off the back porch compared to some of the distances teams have had to travel in the past. This year, the state tournament will be held in Washington.

Washington was among a number of towns that entered their names to host the state tournaments.

Monte Weathington, who is heading up the Washington Softball League, said that the games are to be played at the Susiegray McConnell complex. The dates for the tournament are June 27 through July 1.

“Normally they try to give it to towns that have the field capacity to play multiple games at a time. We will likely be using five fields at the complex at a time,” Weathington said. “One cool thing that we’re going to do with this tournament is instead of having a gate fee, each team will pay an admissions fee. That way the general public will have free admission to the games. That way parents and grandparents that can’t come for every game won’t have to pay a $6 admission and can kind of come and go as they please.”

Weathington said this will likely be his last year as President of the league, and that he is very excited to get the opportunity to host such a big tournament.

“It’s a lot, but I have wanted to do one for the last three or four years that I’ve been in charge. We were finally able to go through the process and get it done,” Weathington continued.

All of Washington’s softball teams will automatically get a bid to the state tournament since they are hosting, but Weathington said he hopes that its not the only reason that his teams deserve to be there.

In addition, the district tournament prior to the state tournament will be held in Bath this year, according to Weathington.

“Normally, the district tournament is the play-in to the state tournament, but hopefully we do well and not have to worry about already having an automatic bid to state. We want to be there because we deserve to be,” Weathington said.

The baseball and softball seasons for Washington’s little league will begin on Feb. 26, and extend through the summer.