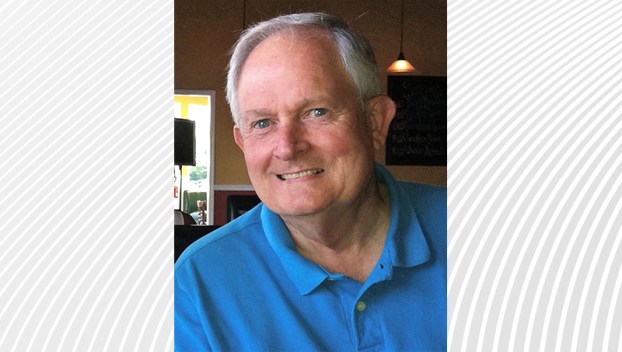 James “Earl” Daniels, age 81, of Marion, North Carolina, while at Rose Hill Retirement Community, left his earthly home at 6 a.m. on the morning of Saturday, Feb. 22, 2020, to go to his heavenly home into the arms of his loving Savior. His loving wife and family were by his side.

Earl, a native of Washington, North Carolina, was born on Oct. 17, 1938, and was the son of the late James and Amanda Baker Daniels.

At the age of 16, Earl joined the United States Navy and would go to boot camp during the summers of 1956 and ‘57. When he turned 18, he enlisted full-time, rising to the rank of Petty Officer 3rd Class while serving on the USS Robert H. McCard DD-822. On Jan. 27, 1961, he married the love of his life, Jonelle Thompson. They remained married for 59 years.

Earl served others his entire life. After leaving the Navy, he was employed by the City of Washington as the Town Building Inspector. He later became the Town Manager in Belhaven before moving to Havelock to become their City Manager. In December 1972, Earl was recruited by Mayor Jim Segars for the Marion City Manager’s vacancy. He was hired and served in this capacity for 28 years, retiring in 2000. Governor James B. Hunt Jr. presented the prestigious award of the Order of the Long Leaf Pine to Earl on June 30, 2000, being the highest award for State service. Earl was instrumental in growing the foundation for Marion to become the beautiful little city it is today.

Earl served his Lord and Savior at the First Presbyterian Church in Marion for over 45 years. He taught Sunday School, served as a deacon and elder and also served in the capacity of Sunday School Superintendent. Earl was a humble man who loved his Lord and his family. He was a wonderful husband and father to three children and 10 grandchildren.

Earl was a man of many talents. He would often joke about being a “Jack of All Trades, Master of None.” He developed his own independent record label in the mid-1970s. Jim-E-Dan went on to release four records that received radio play. He continued to write music and stories the majority of his life, completing a musical theater script that was never published in the 1980s. Earl also had a gift for oil painting and commemorated his family and friends with portraits.

Earl Daniels had a complete, wonderful life. He was a kind man who believed in basic goodness. He would often say “Make your words sweet, because one day you may have to eat them.” Earl will be greatly missed by his family and friends.

A celebration of Earl’s life will be held Tuesday, Feb. 25, 2020, at 2:30 p.m. at First Presbyterian Church of Marion, with Rev. Dr. Wanda Neely officiating. Entombment will follow at Oak Grove Cemetery with military honors provided by the United States Navy. The family will receive friends from 1 p.m. until 2:30 p.m., prior to the service, at the church.

The family wishes to extend their deepest appreciation to the staff of Rose Hill Retirement Community for all their loving and tender care given to Earl and his family during his time of illness.

Beam Funeral Service & Crematory is assisting the Daniels family. For further information and/or to sign the online guestbook, please visit our website, www.beamfuneralservice.com , or call 828-559-8111.