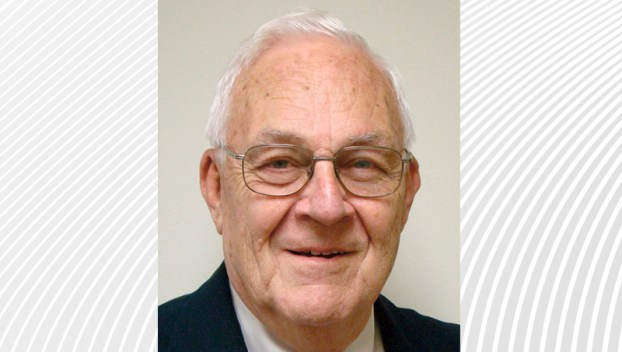 ELDER STATESMAN: During his eight terms on the Washington City Council, Doug Mercer was a strong proponent of fiscal conservatism, and was known for thoroughly studying every decision brought before the council. (Daily News)

Mercer remembered as an advocate for fiscal responsibility, good governance

The City of Washington lost an advocate and a friend Friday with the passing of former Washington City Councilman Doug Mercer.

For more than four decades, Mercer held an unwavering commitment to the wellbeing of Washington and Beaufort County as a whole. As a councilman, Mercer was known for his attention to detail and a willingness to ask questions when others remained silent.

“I have served as a member of the City Council since 2007,” Mercer wrote in a 2019 platform statement. “During that time I have carefully studied every issue presented to the Council; made my decisions and voted for what I believe is in the best interest all of the citizens of Washington and the Washington Electric area. This often requires hours of study and research, but if I am to represent you as you deserve, I realize I must commit myself to this effort.”

Those words were not written in vain. Indeed, the three mayors with whom Mercer served on the city council from 2007 to 2019 each spoke of his fastidious attention to detail.

“I always told everyone, including Doug himself, Doug did the work,” said former Mayor Archie Jennings. “He was a dedicated public servant who took it very seriously. He did all the reading, he did all the calculations, double-checked everything. I would tell him often that I wished we had more like him, because of his preparation and thoroughness.”

His service record showed that commitment. All told, Mercer served eight terms on the Washington City Council, two from 1995 to 1999, then six more from 2007 to 2019. Prior to his election to the council, Mercer served on the City Planning Board for 11 years and the Washington Board of Adjustment for six years, with stints as chairman of both groups. He also served as the chairman of the Beaufort County Planning Board for 19 years.

During his time on the council, Mercer was a strong voice for fiscal conservatism, and was known for questioning facts and figures presented to the council. Mercer was not shy about asking the all-important question, “Why?” If he didn’t have a satisfactory answer to that question, he was also unafraid to be the only ‘no’ vote on the council.

“He really wanted everything to be correct,” former Mayor Stewart Rumley said. “If you gave him some facts and figures, he would study it. If it didn’t make any sense, he would come back and ask you, ‘Why doesn’t that make sense?’”

“He did really love the city a lot,” Washington Mayor Mac Hodges said. “It was a big part of his life. He knew where all the money was. He studied all that stuff. I know that nobody is going to study it like he did. … We’re going to miss him at the city.”

Outside of these elected and appointed offices, Mercer was also heavily involved in with the local fire and rescue services in Washington. He was one of the original members of the Washington Rescue Squad and remained an active member for more than 20 years. He also served as a member of the Volunteer Motor Company of the Washington Fire Department for nearly 20 years.

In his professional life, Mercer taught math and science at Bath High School from 1957 to 1967, then served in a variety of roles at Texas Gulf (Now Nutrien) for the remainder of his career, from 1967 to 1995.

Eagle’s Wings gets wall art thanks to volunteer