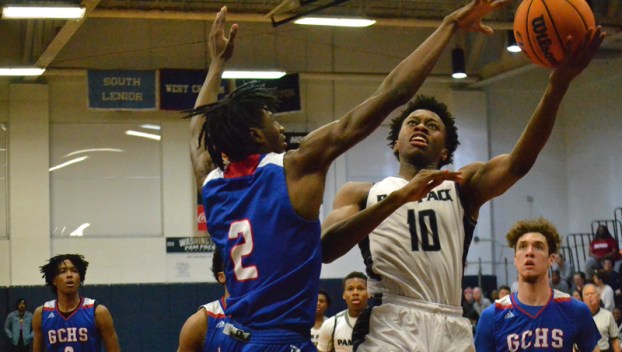 The Pam Pack fed off of an electric home crowd and picked up a playoff victory for the first time in a very long time. Washington defeated Greene Central on Tuesday night, 57-50, inside Dave W. Smith gymnasium.

Washington’s last playoff matchup was in 2008 against White Oak, and they came up short. That wasn’t the case Tuesday night.

The two teams swapped the lead multiple times during the game, but the Pam Pack got the most important lead near the beginning of the fourth quarter and kept it for the remainder of the contest.

Greene Central jumped out to a 13-8 lead, but the Pam Pack made a push after Omarion Blount’s two-handed flush that sparked a 11-1 run.

The Rams made another run in the second quarter and took the lead going into the half by a score of 31-29.

The second half was a battle. Washington only scored 10 points to Greene Central’s nine to make the score 39-39.

From then on, the Pam Pack had the edge. Rashod Smith, Jamauri Bryant, Terry Moore and Blount started to create turnovers and run in transition. Washington milked 30 seconds off the clock late in the contest, then Smith drove to the basket for a tough layup that gave the Pack a 7-point lead. 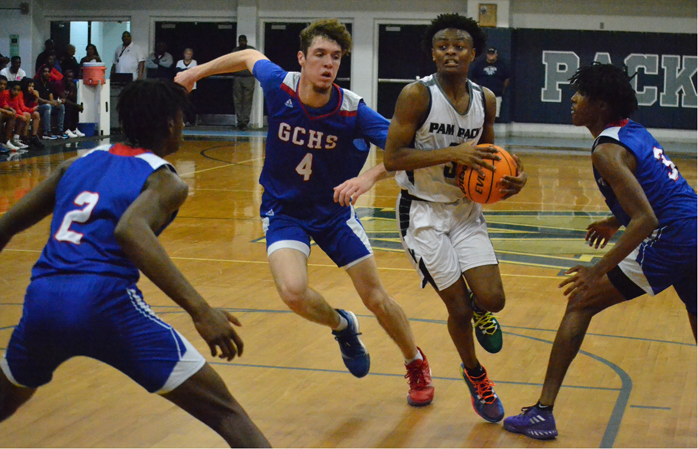 FINISHING: Washington’s Rashod Smith gets in between defenders and finishes at the cup for a basket in the Pam Pack’s win Tuesday. (MItchell Thomas / Daily News)

After a Greene Central miss on the other end, Smith was fouled and was sent to the free throw line where the game was put on ice.

As the clock struck zeroes and the buzzer sounded, the students swarmed the floor and celebrated with the team.

‘This win was all about (the kids). I’ve been a part of a lot of these games in Baltimore, here in North Carolina, but these guys haven’t. For them to fight through a low scoring, grind-it-out game to win with such an electric atmosphere in a playoff environment, it speaks volumes on the way they stepped up tonight,” head coach David Allewalt said. “Are we content? Absolutely not. We’re going to go into Farmville looking to win that game. Everybody that sat in these bleachers tonight made this place electric. When our players were taking the floor and they were clapping and the crowd was behind them, that helped them from getting tired. That pushed them through this thing and I am so proud of this fan base tonight.” 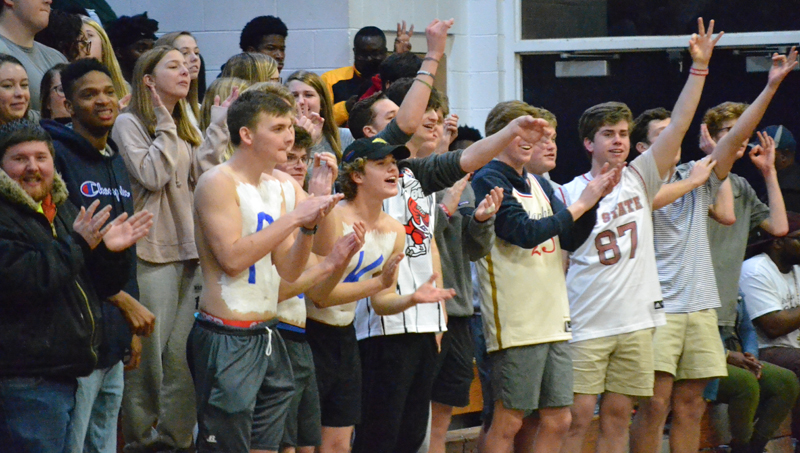 Smith was ecstatic after the win, and was proud of the way his team defended Tuesday evening.

“It says everything about our bond as a team. We just have to keep working hard to achieve our goals,” Smith said. “At the beginning of the game we weren’t really hitting our shots. It was our defense that won us the game. Our crowd tonight was crazy. That really just hyped us up and made us go harder.”

Bryant led the Pam Pack in points with 18. Blount had 16, Smith picked up 15 and Moore had seven.

The Pam Pack will travel to the defending state champions in Farmville Central (25-2). The Jaguars defeated Jordan Matthews, 92-60, Tuesday night.

There’s a limited amount of space in the 64-team playoff field for each classification, and only 32 teams on the... read more