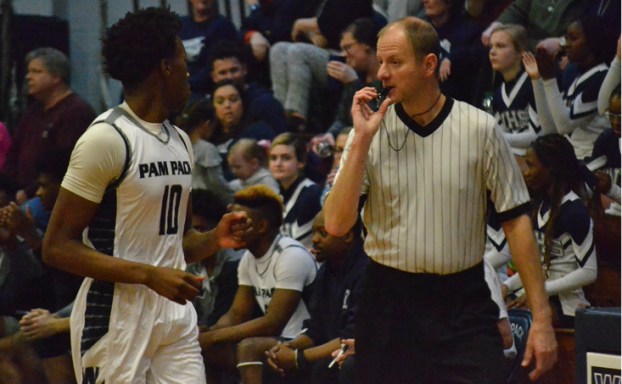 The work that goes into being an umpire

The weather made me look like a meteorologist this past week. We had a scrimmage at North Pitt High School, and the weather did not let me down. It was cold and wet, but Coach Ryan Meadows worked his hardest for his team to get the scrimmage in. For the umpires and the players, it was cold, but we expected that and were prepared. Coach only let his pitchers throw 30 pitches, then they were replaced.

I had another game that was canceled because of the weather and the cold temperatures. Umpires need the work just as badly as the players need to play, because when March 2 gets here, we will be exposed to situations and rule interpretations not encountered since last year. These scrimmages help the teams but the umpires need them just as much.

I bet my readers never knew that umpires have to take a NFHS test and have to call at least three scrimmages with Sunday night meetings? We have met and are led by longtime umpires Gil Davis and Mickey Elliott as our supervisors. Thus far we have had three of these meetings but need at least six more to make our quota for the year. Also, we have to take a concussion test and pass it before we can umpire any game.

I can say that I never knew that officials had to do all this in preparation for any season! If I had known it, I never would have been as hard on them as I walked the sidelines at Williamston. They knew the rules and had studied more than any coach, and I will admit that now. What most of the coaches learn is from experience and what the officials know is from The Book! There’s a big difference in the two.

College officials come in the night before the game on Saturday and start breaking down film of both teams and stay after the game is over to evaluate their performance. Most will leave on Sunday and will be on a plane the next week. If their supervisor is at the game, it may take longer, and they are prepared for that meeting. In a video play-by-play, if an official misinterprets a call, he may be placed on probation for a game and may not work a bowl game that year.

These are some things I think the average fan needs to know before you start yelling at an official. Remember, they are humans too and may miss a call, but none are trying to do so. They work too hard and, like coaches, can make a mistake sometimes. You should thank them, because there are not that many in our association, and the reason for that is because of the fans and the abuse the fans deal out. Let us have good sportsmanship because the kids are watching. Do you want them to be like you? Just enjoy seeing your son or daughter compete and be proud of that!

I have learned many lessons between two white lines and thank my coaches every day!

— Harold Robinson Jr. is a former coach at Williamston High School for 31 years, and a member of the East Carolina coaching staff for 12 years.

There’s a limited amount of space in the 64-team playoff field for each classification, and only 32 teams on the... read more