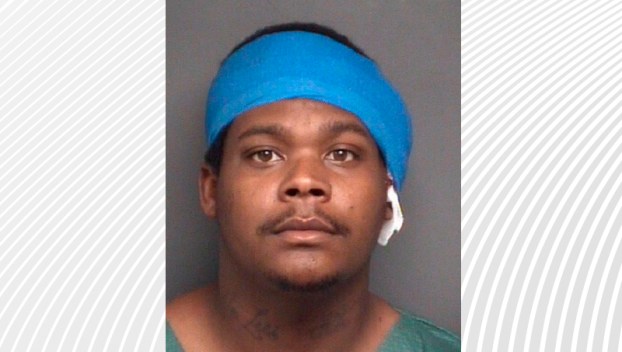 Former Washington resident charged with assault with intent to kill

A former resident of Washington is being held on a $1 million bond after assaulting two people in Pitt County and firing a gun into an occupied residence.

According to a press release from the Pitt County Sheriff’s Office, PCSO deputies responded Sunday afternoon to reports of shots fired in the area of Pam Drive in Greenville. During their response, they learned that 26-year-old Maquis Kwashan Davis had allegedly entered a residence on Pam Drive without permission in a confrontation with residents.

During the disturbance, the release states that Davis allegedly assaulted a female resident and was involved in a fistfight with a male teenager. During that struggle, Davis allegedly retrieved a handgun from his car and began to chase the teen, firing shots at him before stopping and leaving the scene. Responding deputies found empty shell casings at the scene, as well as a bullet hole in a nearby, occupied residence.

PCSO Public Information officer Lee Darnell said he was unaware of any serious injuries resulting from the incident, which is still under investigation.

Deputies caught up with Davis on Wednesday at his home in Greenville, where he was taken into custody on a variety of charges, according to the release. These included assault with a deadly weapon with intent to kill, possession of a firearm by a felon, discharging a weapon into an occupied dwelling, assault on a female, breaking and entering and going armed to the terror of the people.

He was also charged with possession with intent to sell and deliver cocaine after deputies seized approximately 10.5 grams of cocaine during his arrest.

According to records from the N.C. Department of Public Safety, Davis was previously convicted of assault with a deadly weapon and possession of a firearm by a felon in Beaufort County in 2017, serving one year and 4 months in prison. He was then under supervised release up until December 2019.