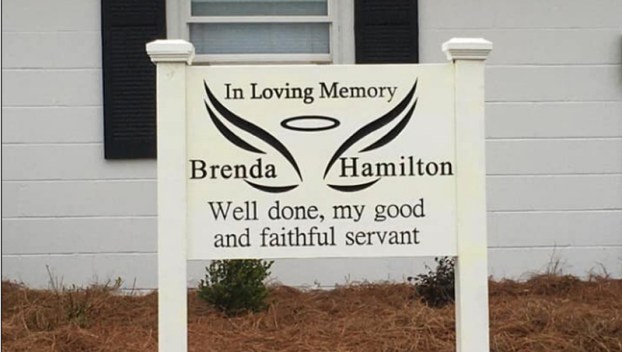 BELHAVEN — Feb. 15 marked a full year since Pungo Christian Academy teacher Brenda Hamilton was fatally attacked by an unknown animal during her morning walk near her home in Pantego. At the school where she taught for 51 years, her legacy endures.

Last month, PCA dedicated new landscaping on campus in Hamilton’s memory, with a sign at the entrance to the school that quotes scripture in saying, “Well done, my good and faithful servant.”

After Hamilton’s death in February 2019, memorial contributions to the school offered the PCA family a way to honor her memory. PCA Head of Schools Marcy Morgan says the new landscaping is just one of the ways Hamilton has been remembered by staff and students at the school during the past year.

“Due to her popularity, demeanor and the love she had spread, there was quite a large amount of money that came into our school,” Morgan said.

Those memorial contributions have been divided three ways, according to Morgan. The first is a pair of scholarships for two seniors, based on their contributions through community service. The second, coming up this week, is the Brenda Hamilton Battle of the Books competition. The landscaping outside of the school was the third project from those funds, with a sign donated by Brantly Wagaman.

“It was our goal to not plant during hurricane season or the dead of winter,” Morgan said. “The dedication service was done on the anniversary of her death.”

While Hamilton’s death came as a shock to the community as a whole, for the students and staff of PCA, the tragedy hit especially close to home. As a teacher of English, typing and literature, she was a founding member of the school, and something of a matriarch at PCA. One of the biggest cheerleaders for Raiders athletics, she was a constant encouraging presence for student-athletes in all of their endeavors. 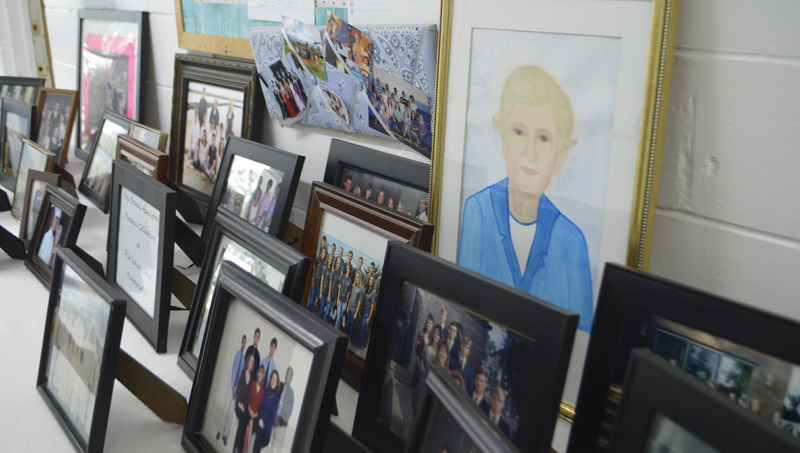 MEMORIES: A painting of Brenda Hamilton sits among a collection of class photos accumulated during the course of her decades of service to the school. (Matt Debnam/Daily News)

In the wake of her loss, Morgan says it’s been a year of healing for the school.

“We all wish there was a way to know what happened to her, but we may never get that answer,” Morgan said. “We all believe and know she would want us to continue on, loving others and always looking to Jesus in all we do. That’s how she lived and that’s how we feel like we should continue living. There’s not a day we don’t think of her. … It is still a healing process, but we know she would want us to continue, loving our school and loving our Lord.”

While the healing process is ongoing for those who knew and loved Hamilton, so too is the investigation into the circumstances that led to her death. Since August, evidence collected from the scene of the attack has been in the custody of Microtrace, LLC, one of the leading microanalysis labs in the country.

Beaufort County Sheriff’s Office Lt. Jim Vanlandingham says he has maintained contact with the firm regularly, though it is unclear when the final analysis might be returned to investigators. If the examination by Microtrace does not yield concrete results, the evidence is slated for another round of examination at the University of Florida.