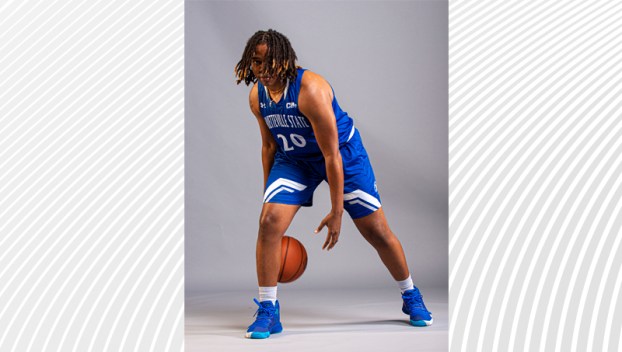 CHAMP: Former Southside basketball star Katisha Hyman poses for a photo in her Fayetteville State uniform prior to the 2019-20 season. Hyman scored 20 points in the Lady Broncos’ 61-53 championship victory over Bowie State on Saturday. (Fayetteville State)

Hyman was a mark of consistency all season long for the Lady Broncos, leading the team with an average of 17.4 points per game. She also had a career-high of 35 points against Pitt-Johnstown on Nov. 9.

Throughout the tournament, Hyman scored 20 points against Elizabeth City State, 19 against Winston-Salem State and 20 in the championship game against Nationally-ranked Bowie State.

“I woke up this morning feeling excellent,” Hyman said. “We had to get coach with water after the game. She didn’t expect it, but it was an unreal moment. The feeling is just unreal.”

Fayetteville State’s last CIAA Championship was in 2010, where they also played and defeated Bowie State.

“On our Senior Night they brought in two people after the game that played on that team 10 years ago to tell us how proud they are of us and encourage us,” Hyman said. “The fact that we made it to the championship, that we won it and played the same team they played was unbelievable. … I’m still shocked right now.”

Hyman was a force during her time in Chocowinity. The Aurora native scored 1,768 career points, averaging 16.4 points per game throughout her four-year varsity career.

Her fondest memory at Southside was going to the state championship game under late-head coach Bill Lake. 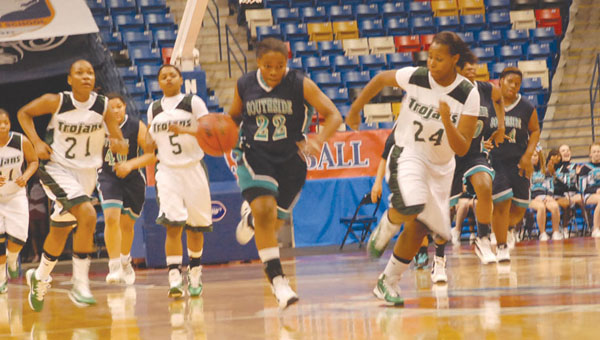 Former Southside point guard and current senior at Fayetteville State, Katisha Hyman (22) runs up the court during the Seahawks’ 48-31 victory over Southeast Halifax in the NCHSAA 1-A East Regional semifinals in Fayetteville in February of 2012. (WDN Photo/Brian Haines)

“I miss coach Lake and coach Ruffin. R.I.P. to Coach Lake, too,” Hyman said. “The system that we had then, it was great. Going to the Championship game was an unreal feeling.”

Hyman and the rest of the Lady Broncos now prepare for the NCAA D-II tournament. The seeding placements will be announced on Sunday afternoon.

While Hyman’s senior season gets ready to come to an end, she said that she plans on entering the WNBA draft and is open to the idea of playing overseas.

“My plan is to go pro. I want to try to enter the draft, but I also want to play overseas. We are working towards that, but right now I am focused on the NCAA tournament and we’re looking to go far this year.”

Since the early part of November, basketball and wrestling have filled gyms throughout Beaufort County and beyond. There have been... read more