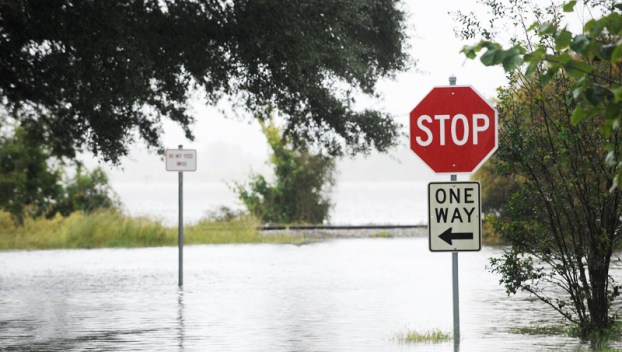 As the Washington City Council prepares to enter the thick of budget season for the upcoming year, the group met Tuesday to discuss goals, priorities and a number of high-dollar projects that will guide not only the budget process, but city finances for years to come.

While council members were each asked to formulate new short- and long-term goals to help guide the process moving forward, the bulk of Tuesday’s conversation revolved around a number longstanding goals and needs, including multi-million dollar drainage and wastewater projects on the horizon for the city.

According to Washington Public Works Director Adam Waters, keeping storm water flowing is a constant battle for city staff, who regularly work to clear drainage ditches throughout Washington. Waters says the Public Works department has identified $16-20 million in improvements to the city’s storm water system that will need to happen in years to come.

“We’re trying to be more aggressive on our ditch cleaning than we have in the past,” Waters said. “… the $16-20 million we’ve identified is capital improvements. That involves increasing pipe sizes in some places and repairing failing infrastructure.”

A large piece of that figure is a proposed $8 million in improvements around the neighborhood of Brown, 15th and 12th streets, an area that floods significantly during heavy rains. According to Waters, the city is in the process of applying for a $5 million federal economic development grant to help address those issues, and is working with businesses in the area to get the application moving.

The total cost of those storm water improvements would be spread over the course of several years. Waters told council there are portions of Washington’s storm water infrastructure that need significant attention, some of which date back to the 1950s.

“They’re going to have to happen,” Waters said of the improvements.

For a number of years, the city’s wastewater treatment plant has been hovering between 70% and 80% of its capacity. According to state and federal regulations, when that plant hits 80% capacity, the city must start designing a new or upgraded plant. For Washington, the cost of such a project would be around $9 million.

“Back two years ago, when it was really wet, that’s when we were approaching the 80%,” Waters explained. “We were around 78% capacity. The rains tapered off, the groundwater table went down and our flows decreased a little bit, so it bought us some time.”

At the same time, the reduced flows allowed public works to identify some structural weaknesses in the system, including areas of significant infiltration/inflow. In those spots, groundwater seeping into the wastewater system increases the load on the wastewater treatment plant. In one spot identified by city staff, an estimates 200,000 of groundwater per day is entering the system.

“We’re looking at avenues to tackle that, so we can put that plant expansion off a little bit longer,” Waters said.

Russell said that these two items together would be the biggest ticket item for public works in years to come.

Additional information on projects discussed during the goal-setting meeting, including the downtown streetscape project and the new police station, will be shared in upcoming editions of the Washington Daily News.

Returning for a second season, the Washington Tourism Development Authority and Washington-Beaufort County Chamber of Commerce are teaming up to... read more