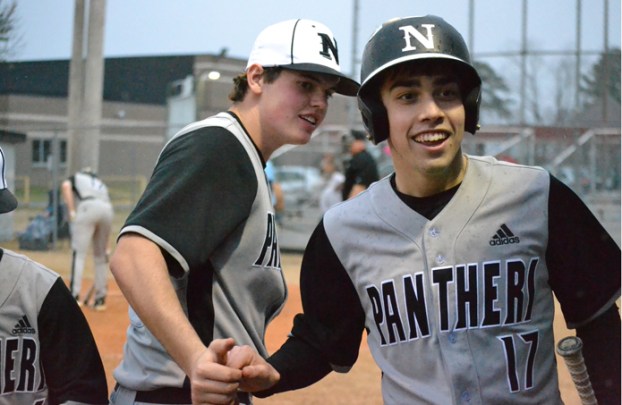 Senior slugger Douglas Dixon’s home run jump started the Panthers’ offense Tuesday night, and he closed out the game on the mound for a 5-2 victory over the Bertie Falcons in the season opener.

Dixon wasn’t able to participate much last year due to some nagging injuries, but in his first at-bat of the season, he cranked a solo blast over the right-center field fence. Dixon’s homer was the first of his high school career, and it tied the game at 1-1 in the bottom of the first inning.

“I’ve done it before, it was just at the high school level this time. I’ve been putting in the work,” Dixon said. “He threw a fastball in, then came with another fastball in, but he left it a little bit up and I turned on it.”

The Panthers faced its fair share of adversity Tuesday. They trailed 2-1 in the top of the third, and the Falcons loaded the bases with no outs. Starting pitcher Ryan Cornelius forced a ground ball for a force out at the plate, and Matthew Adams came into the game to close out the inning from the bump without allowing any further damage. Adams was credited with the win. 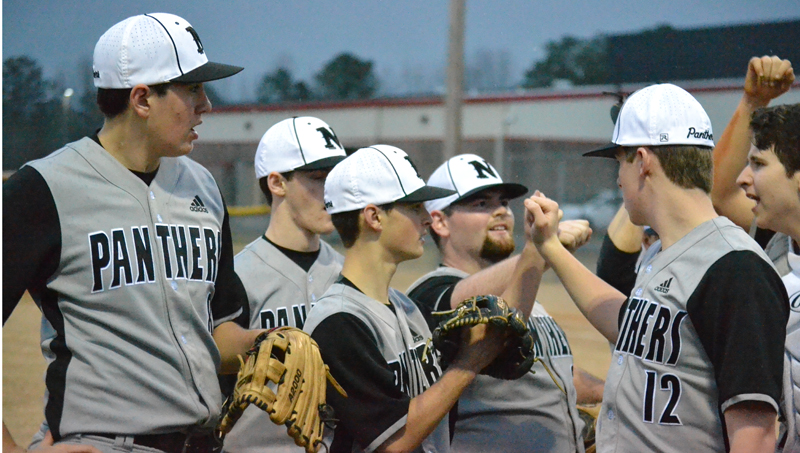 BREAKING IT DOWN: Northside’s baseball team returns to the dugout after keeping Bertie off the scoreboard in Tuesday night’s season-opening victory. (Mitchell Thomas / Daily News)

In the bottom of the fourth, Adams walked with one out. Payton Woolard pinch ran for Adams, and came around to score after Ryan Woolard roped a single to left field pushed him to third and Keifer Boyd’s bloop single to center scored him.

Caleb Alligood had a big night at the dish, going 3-for-3 with three singles and two RBIs. The biggest at-bat of his night resulted in a 2-out RBI single that scored Ryan Woolard to give the Panthers the lead for good.

Dixon trotted onto the mound in the sixth inning, and fanned five Bertie batters en route to a six-out save.

“I’m tickled to death for (Dixon),” head coach Keith Boyd said after the game. “He had such a rough year last year with injuries, that the only thing he could do was hit for us. He couldn’t play the field, he couldn’t pitch, and he went through a lot of adversity last year. It was really nice to see his patience and hard work paid off for him during the first game of the year. I was glad he got a chance to come in a close it out. … He was a big part of this win for us tonight.”

The Panthers (1-0) will be back on the diamond Thursday when they host North Edgecombe. It will be the Warriors’ first game of the season. First pitch is set for 4:30 p.m.