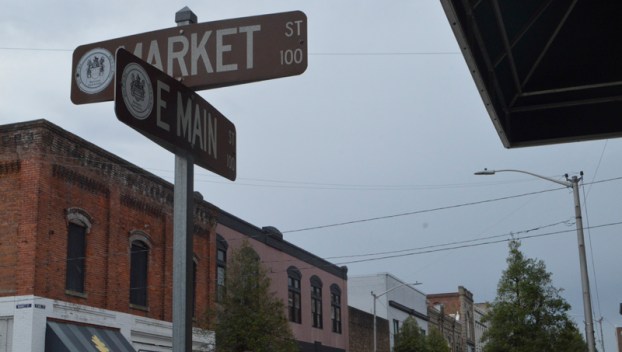 RAPIDLY APPROACHING: From April through October, Washington’s Main Street will undergo a $3.4 million transformation as the city implements a streetscape project three years in the making. A public meeting on the project is scheduled for March 24, starting at noon at the Harbor District Market. (Matt Debnam/Daily News)

A $3.4 million revamp of Washington’s Main Street is slated to begin in less than a month, following a 4-0 decision by the Washington City Council on Monday.

The decision came after hearing and weighing concerns from a number of downtown merchants over how the plan’s implementation might impact their businesses.

One of the business owners to speak up during the council meeting was Little Shoppes co-owner Rebecca Clark. She raised a number of concerns, including the delay from an initial proposed start date in January, the possibility of further delays, sales hits during construction and good communication from the city on the project as it moves forward.

Ultimately, however, Clark says she left the meeting feeling satisfied about her concerns.

“It was very positive to me,” Clark said Tuesday. “I appreciated the fact that they had already thought about some of the things we were concerned about. Our biggest thing is making sure the communication is there. It’s important for me as a business owner to know when they’re going to be working in front of my store and working on my sidewalks. If they’ll just communicate with us, we’ll be able to inform all of our customers.”

Another voice to address the council was Linsey Prewitt, owner of Southern Grace Boutique. Also in support of the project overall, she expressed concerns about potential delays during hurricane season that might spill over into the holiday shopping rush in November and December, when many downtown shops see a big portion of their revenue.

During the decision-making process, councilmen Donald Sadler and Richard Brooks, both of whom said they support the project, raised issues with moving the project forward due to the absence of Councilman William Pitt, saying his vote should be tallied in the decision. Ultimately, the council voted unanimously to move the project forward without delay, a decision met with applause from those in the audience. 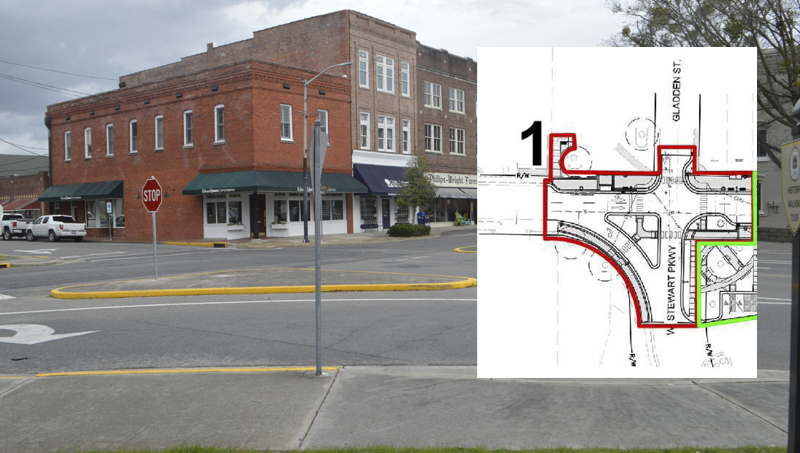 PHASE ONE: Encompassing the intersection of Main and Gladden streets, the first phase of the streetscape project will dovetail with the design of Stewart Parkway. As an entry point to the downtown, and the waterfront, the idea is to have this section done as quickly as possible.

With the start date on the horizon in early April, City Manager Jonathan Russell says the Streetscape project will move rapidly in the next month. A construction-sequencing plan laid out by the city envisions the construction moving in four distinct phases, starting at the intersection of Gladden and Main streets and moving east down Main Street. 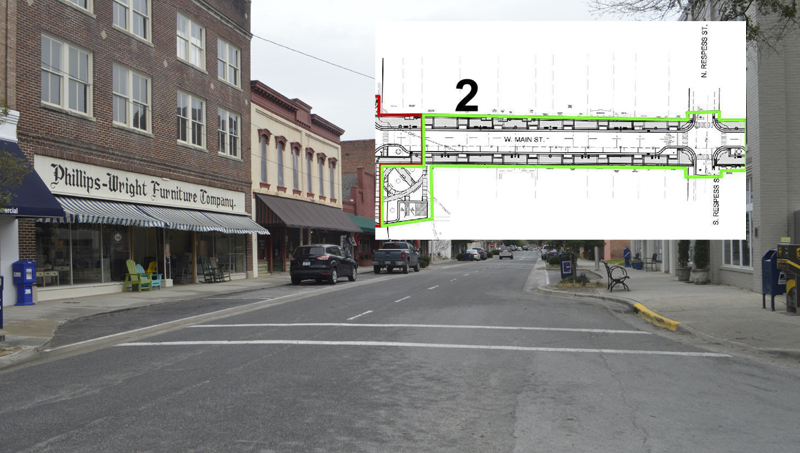 But before the work begins, there will be a community meeting in March to address lingering questions and concerns.

At noon on March 24, the city will hold a public kickoff meeting for the project at the Harbor District Market. That event will act as an opportunity for community members to review the plans for the streetscape and meet those who will be doing the work.

“The contractors will be there, the site inspectors, really the whole team involved, from the architect and engineer to city representatives,” Russell said. “It’s a chance for everyone to meet and explain some of those expectations. If there are any specific questions from business owners, or citizens in general, we encourage you to come out and talk with everyone.” 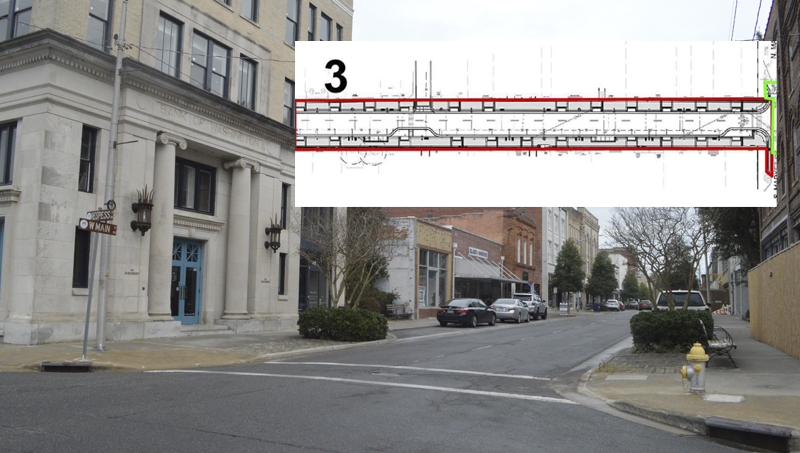 PHASE THREE: Rolling down Main Street, this phase will span from Respess to Market streets, with a small portion of sidewalk on the south side of Market Street also getting a facelift.

Starting next week, Russell says the city plans to start reaching out to Main Street businesses directly before the March 24 meeting. By that time, he anticipates rough construction dates for each of those four phases will come into focus.

“We’re going to make every effort to work with business owners to lessen the impact of the construction process,” Russell said. 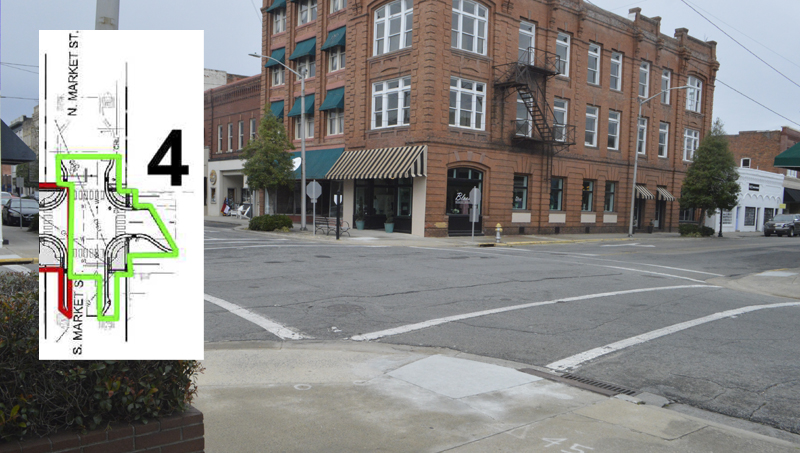 PHASE FOUR: The final piece of the puzzle will be the intersection of Market and Main. All told, work is scheduled to be complete by Oct. 30.

Vidant Health announced Monday that nearly 200 positions will be eliminated, the result of a $18-million budget shortfall for the... read more