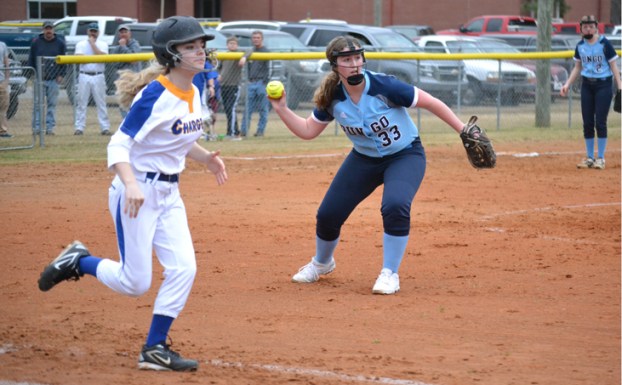 MAKING THE PLAY: Pungo Christian Academy’s Hannah Van Staalduinen fields a soft ground ball back to the circle and tosses it to first for an out during the Lady Raiders’ 17-0 victory over Wilson Christian Academy on Tuesday. (Mitchell Thomas / Daily News)

“Working together” the key to Pungo softball’s hot start

Coming off of a state championship game appearance last year, Pungo Christian Academy’s Lady Raiders aren’t wasting any time trying to get back to the title game. They extended their winning streak to four games Tuesday afternoon with a 17-0 victory over Wilson Christian Academy.

While Reagan Stoop struck out seven in her four innings of work Tuesday, it was the offense who got its wheels turning. The Lady Raiders scored seven runs in the first three frames, but exploded for 10 runs in the fourth inning to put the game well out of reach. 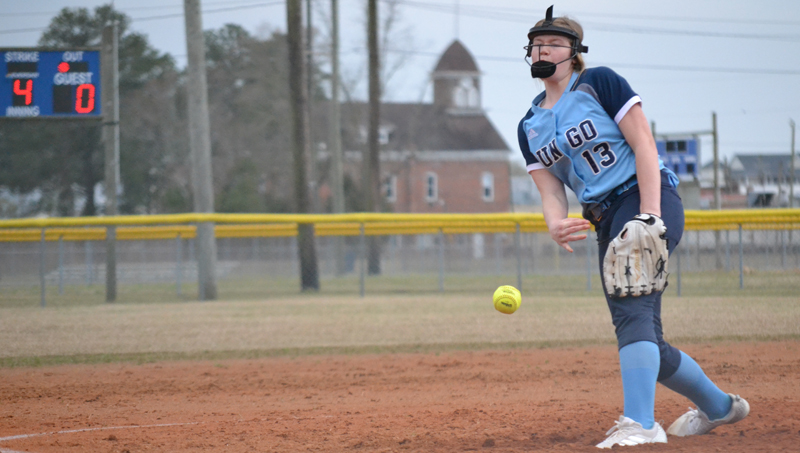 Emma Williams (2-for-3), Reagan Stoop (2-for-2) and Riley Cutler (2-for-4) all tripled in the contest. Ashley Pippin doubled, while Parker Williams, Melanie Rutledge and Brandi Garrish singled.

Hannah Van Staalduinen came into the game to pitch in the final inning and fielded two dribblers back to the mound to seal the deal.

“We’ve been working really well together as a team. We have some older players that are kind of used to the pressure. I think everybody has a little confidence from where we got last year,” head coach Leigh Stoop said. “We have to talk more as a team and stay up every inning. … We have to stay intense the whole game regardless of the score.”

Senior centerfielder Ashley Spencer said that the team’s goal was to get back to the state championship, but to win it this time.

“We’ve just had some really good practices, and I think that we pretty much have the same team from last year, so it should be a really good season,” Spencer said. “(My goal for the season) is to hit a home run. But for the team, to win a state championship.” 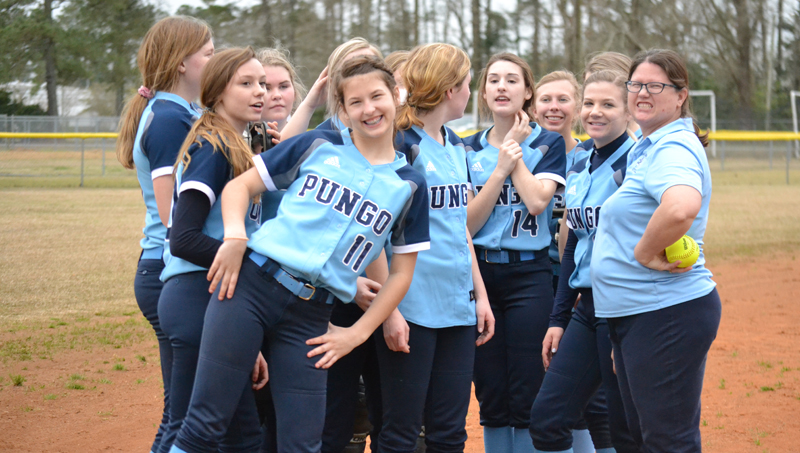 The Lady Raiders take the field again today at 4 p.m. against conference rival Northeast Academy (1-2) in Belhaven. They will also host Ridgecroft (5-1) Monday afternoon for a chance to claim the top spot in the Tarheel Independent Conference.

It takes hard work, dedication and passion to play football at the next level. Southside’s Jamari Nelson is a prime... read more