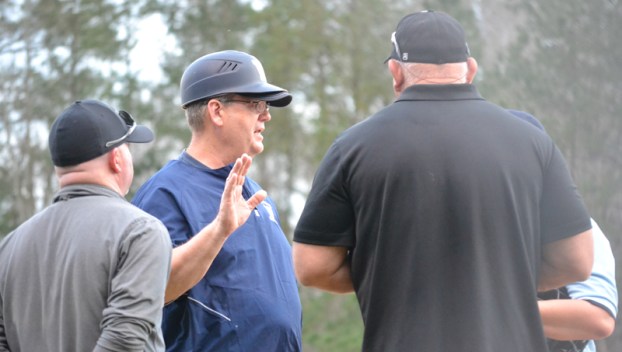 The North Carolina High School Athletic Association has suspended all spring sports seasons in the state of North Carolina beginning Friday until April 6 due to COVID-19.

The NCHSAA released a statement Thursday that reads:

“Due to the threat from COVID-19, the North Carolina High School Athletic Association has made a decision to postpone the 2020 Men’s and Women’s Basketball State Championships indefinitely.

“As much as we would like this opportunity for our student-athletes, coaches and their communities, we know that ultimately any decision we make must err on the side of caution,” Commissioner Que Tucker said.

The Board of Directors also moved to suspend interscholastic athletics beginning at 11:59 p.m. on Friday, March 13, 2020 through Monday, April 6. The NCHSAA Board of Directors will assess the situation regularly over the next few weeks. This includes all workouts, skill development, practices and contests.”

This includes all of Beaufort County Schools, but the North Carolina Independent School Sports Association had not yet released a statement on whether or not they will follow suit of the NCHSAA.

Jared Adams, the athletic director at Northside High School, expressed a bit of displeasure for the postponement of spring sports seasons.

“Media is playing a big role in society as a whole in all aspects. I understand the concern, but geographics should be taken into consideration when making these decisions,” Adams said. “Kid’s and coach’s have worked too hard in preparation for their spring sports season. Many hours of conditioning and training to get cut short. I especially (hurt) for the senior athletes that have to finish their season with this ruling.”

“I mean, honestly, you have to do what’s best for the kids. The whole world is in this health crisis, and the health of students and parents is more important than a game,” Van Staalduinen said. “It’s (awful) for the kids — especially the seniors — but we’re seeing something we have never seen before.”

Washington baseball coach and Athletic Director Lane Raper also gave his take on the postponement of the spring sports season.

“I understand the high school athletic association being cautious with the large amount of student athletes in our state, but I am sure our coaches and players will be frustrated,” Raper said.

“I hate it for the kids, especially seniors that may have a very shortened season,” Quinerly said. “On the other hand, i definitely stand behind the fact that safety comes fir and I support the NCHSAA’s ruling.”

With the postponement, athletic teams will lose more than half of their scheduled opponents. If they start back on April 6 as planned, they will have about one month of their regular seasons remaining before they begin postseason play.

By GARY D. ROBERTSON RALEIGH — The number of people testing positive for coronavirus in North Carolina has grown to... read more