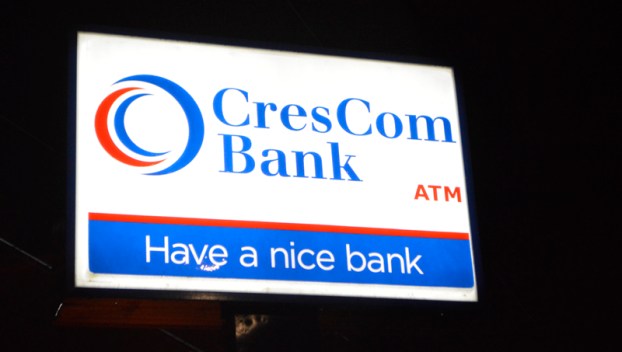 45 CresCom employees to be laid off in merger

An upcoming merger between CresCom Bank and United Bank this summer will mean layoffs for 45 of the bank’s 79 Beaufort County employees, according to CresCom CEO David Morrow.

Most of the eliminated positions will be in the bank’s operations and back-end service area, Morrow said, with CresCom’s three service departments being consolidated into one under United.

“One of the things (United) has always done is taken those jobs that were back office and on the service side and consolidated them into their existing service areas,” Morrow explained. “We’ve got three service areas in our banks right now, and it is more difficult to manage three than it is one.”

A number of the workers affected are longtime employees of CresCom, and First South Bank before that. Morrow said the employees displaced by the merger will receive severance packages and assistance finding new jobs as their positions are phased out this summer.

“We provide job-placement services that do everything from help build a resume to working with companies in the immediate area to help them get interviews and get a job,” Morrow said. “That’s a big responsibility and something we take seriously.”

As far as customer services are concerned, day-to-day services such as checking and savings will continue uninterrupted as the transition occurs mid-summer. Other services that will be added or enhanced include investment advisory services, enhanced electronic banking, treasury management, wealth management, insurance services and brokerage services.

“We’re going to continue all the things we have been doing, and we’re going to add a number of additional services,” Morrow said. “As time moves on, because we’re going to be part of a much larger organization that will have more capacity, we’ll be more equipped to offer customers better opportunities for services we’re not currently providing.”

In 2018, as Washington-based First South Bank and CresCom finalized their merger, many customers encountered issues with their online banking services. This is the seventh merger CresCom parent company Carolina Financial has been involved with. For United Bank parent company United Bankshares, it will be the 32nd for the 180-year-old company.

Marrow says that experience, coupled with lessons from the previous CresCom/First South merger, will hopefully make the transition smoother for CresCom customers. The merger and the switch from CresCom to United Bank is set for mid-to-late summer.

“Having done a number of significant mergers, I think (United) is very much on their game,” Morrow said. “I’ve never been through a merger where there weren’t some hiccups for customers. But I believe this one will be a much smoother transition from what First South customers had last time. I’m very confident of that.”

The City of Washington has been monitoring developments with COVID-19 (2019 novel coronavirus) since its inception. When responding to an... read more