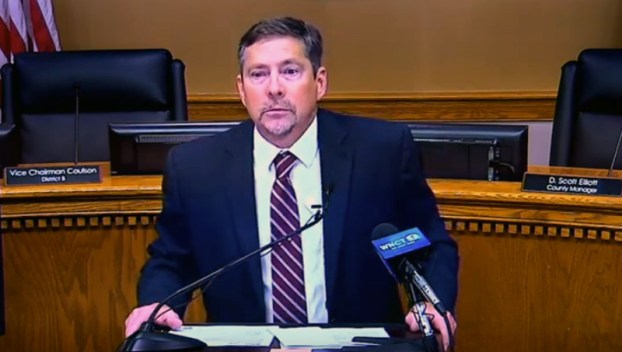 “This individual does work for Pitt County Schools, specifically North Pitt High School,” Silvernail said. “He was in the school building on March 9 and March 10. While we believe the risk to students and staff is low, we would encourage individuals who were in the building March 9 and 10 to contact their medical providers should they develop fever or cough.”

Silvernail said that the incubation period for COVID-19 is typically 2-14 days, with most patients becoming ill within three days of exposure, and anyone feeling ill should contact their doctor. He went on to say that he did not believe this first case would be the last in Pitt County.

According to Pitt County Schools Superintendent Dr. David Lenker, PCS shut down the school immediately after receiving the news. He said North Pitt High would get a thorough cleaning on Friday.

“This has caused a lot of angst amongst our people, as you can imagine,” Lenker said. “A lot of people went home today, just as a precaution. We have a lot of people who have actually worked with that individual about 10 days ago, and they’re reflecting on their situation. … At this point, we have not had anyone else report that they’re feeling sick, but obviously people would be worried.”

Lenker said there are approximately 780 students at the school. According to a statement on the PCS website, the school system is working with the health department to identify individuals who may have been in contact with the North Pitt High School employee. The school system has not identified the employee publicly due to employment laws.

Also speaking during the conference, Vidant Health CEO Dr. Michael Waldrum encouraged area residents to do everything they can to help prevent the spread of the disease through precautionary measures like social distancing.

“Every day, we are modifying and adjusting (our) plans to adjust to the evolution of this,” Waldrum said. “One of the evolutions we have just heard is that we have a case in Pitt County. That means it is in the community, and those things that each of us can do become more important.”

According to an update shared by Pitt County Schools, the one person confirmed to have COVID-19 in Pitt County on... read more