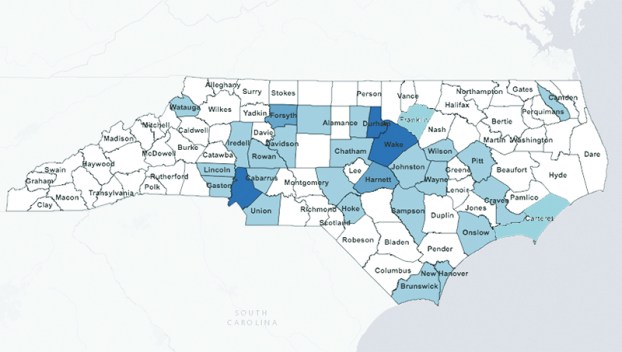 The number of confirmed cases in the U.S. went from 13,383 cases Thursday to 17,402 confirmed cases on Friday, and 221 deaths are attributed to the virus nationwide. Five percent of all active cases are considered serious, requiring hospitalization — down from 19% three weeks ago, according to Beaufort County’s Office of Emergency Services.

On Friday, Beaufort County had no confirmed cases. Beaufort County Public Health has tested 20 people for COVID-19, according to the most recent update from Beaufort County Emergency Services. Eleven tests were negative. Thursday, the BCPH was awaiting results on the other nine tests. Tests results currently take about 48 hours.

“Seven cases (in North Carolina) have now been classified as ‘community spread,’ meaning these individuals had no known contact with an infected person, and have not travelled to areas with known outbreaks. One of these cases was identified in Wilson County (Thursday) and one in Forsyth County (on Friday). Information on the remaining five cases has not been announced,” according to the latest update from Beaufort County Emergency Services. “While testing continues, the focus is now shifting to mitigation and treatment initiatives as community spread develops in areas of our state.”

It’s been a hard week for local businesses in Beaufort County. From small retailers temporarily closing their doors to restaurants... read more