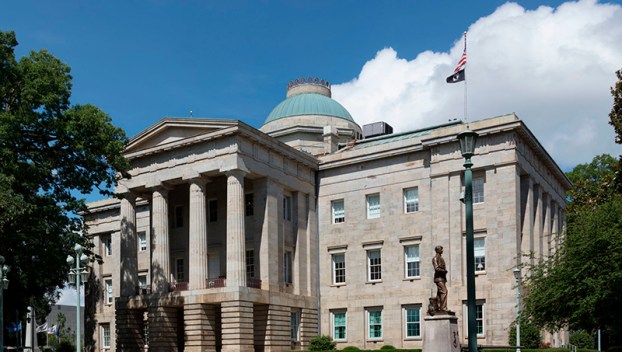 RALEIGH — The county that includes North Carolina’s capital on Sunday announced strict prohibitions on gatherings and movement that are more restrictive than the statewide orders already in place to blunt the spread of the new coronavirus.

Assemblies of 50 or more people must be canceled, although the ban doesn’t apply to retailers such as grocery and hardware stores and banks, as well as hospitals.
The state government’s count of more than 250 COVID-19 cases as of Sunday morning includes about 40 from Wake County. The statewide count grew by 70 compared to Saturday.

“This is a challenging time, and it requires us to make difficult decisions to keep Wake County residents safe,” Wake commissioner Chairman Greg Ford said in a release about the order, which lasts until April 30. Mecklenburg County, the state’s largest county, already has its own supplemental restrictions. The state counted 66 positive cases in Mecklenburg.

Playground equipment in public and private parks in Wake County can’t be used, according to the county’s emergency order, which also recommends retailers screen employees and customers for illness before they enter.

For most people, the new coronavirus causes only mild or moderate symptoms. But for some, especially older adults and people with existing health problems, it can cause more severe illness, including pneumonia.

The number of completed tests in North Carolina at public and private labs, now over 6,400, has doubled since Friday. No virus-related deaths in the state have been reported.

Worldwide, more than 329,000 people have been infected and more than 14,600 have died, according to Johns Hopkins University.
___
The Associated Press receives support for health and science coverage from the Howard Hughes Medical Institute’s Department of Science Education. The AP is solely responsible for all content.
___
Follow AP coverage of the virus outbreak at https://apnews.com/VirusOutbreak and https://apnews.com/UnderstandingtheOutbreak