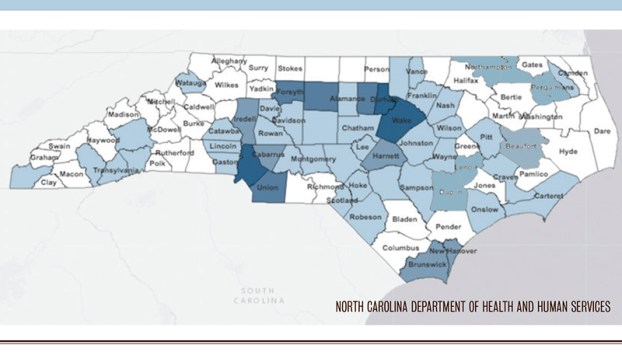 The number of confirmed cases in the U.S. went from 41,708 cases on Monday to 51,542 cases Tuesday; 674 deaths are attributed to the virus nationwide. Five percent of all active cases are considered serious, requiring hospitalization — down from 19% three weeks ago, according to Beaufort County’s Office of Emergency Services.

“The mitigation efforts listed above remain the best way to slow the spread of COVID-19. Municipal and county staff continue to coordinate with first responders, health care providers and various other community stakeholders to ensure an adequate response to the impacts of COVID-19. As previously stated, the announcement of a local cases should serve as a reminder of the importance of practicing our mitigation efforts, and not simply a source for panic,” reads the Tuesday evening update from Beaufort County government, Beaufort County Public Health and Beaufort County Emergency Services.

The Columbia Board of Aldermen on Mar. 16, decided to let the devastating facts speak for themselves in explaining to... read more