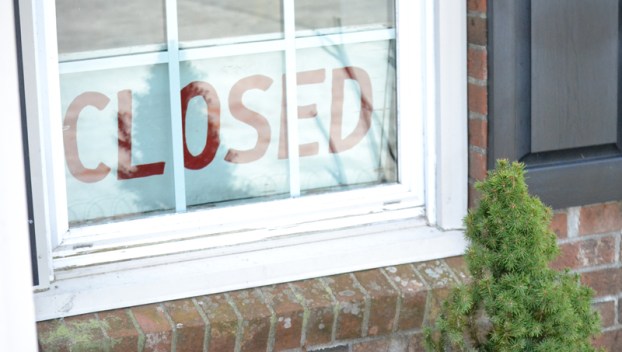 LOCKED: Businesses across the globe have been forced to close its doors in response to the COVID-19 virus, including a few in Bath. (Mitchell Thomas / Daily News)

BATH — Following with the orders from North Carolina Gov. Roy Cooper, the town of Bath has adjusted the way they do things and has been forced to cancel some of its most well-known events.

The town Manager of Bath, Bubs Carson, said the town has implemented many of the same guidelines laid out by municipalities.

“We have probably implemented many of the things that the municipalities have tried to implement,” Carson said. “We’re restricting all office matters to the web, phone calls, and only in a situation where it can’t be handled any other way do we allow people to enter the municipal offices. We do require them to remain six feet away from all of the workers, but all in all, everything has gone very, very smoothly. Everyone has cooperated very nicely.”

Unfortunately for the town of Bath and its residents, many town events have been cancelled, including the traditional sunrise service at Bonner’s Point and the Memorial Day celebration.

“We’ve all had things we’ve had to give up during this time. It has impacted a lot here, and unfortunately, one of those things for us is the Memorial Day event we typically have,” Carson said. “We usually have things like skydivers coming in, a big barbecue cook-off — things like that. The Greater Bath Foundation is the sponsoring agent for that. They notified me that they were going to have to cancel due to all the uncertainty, and the amount of bookings that have to be gotten in advance. That’s a big disappointment, because that was somewhat the opening of summer in our area. So many people come to Bath and enjoy the music and fireworks.”

Carson said that besides the cancellations, everything is running smoothly.

“People are still getting their exercise within the governor’s directives,” Carson said. “Our emergency manager and county government have participated in many phone conferences. We get a daily update from the emergency management office, and we feel like we’re receiving a lot of good, updated information, and we’re dispersing that amongst the community. So, we’re not having any major issues here in Bath.”

As far as what remains open in Bath, the Old Town Country Kitchen & Grill is providing takeout, Family Dollar remains open, The Quarterdeck that services gas for boats opened up over the weekend and the Bath General Store & Market has stayed open as well, according to Carson.

Analysis: NC could see up to 80 deaths per day

The peak of COVID-19 cases in North Carolina is weeks away, according to health care forecasters. A forecast model released... read more