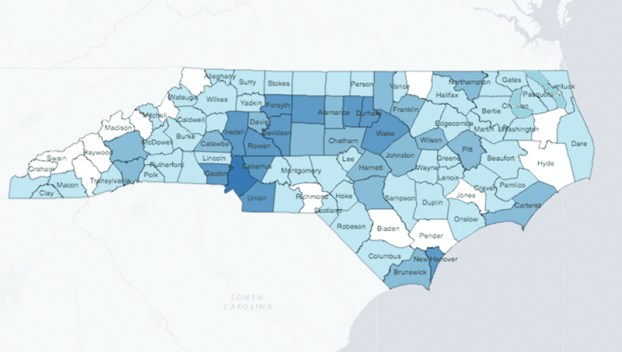 The number of confirmed COVID-19 cases in North Carolina continued to rise from 1,646 Wednesday to 1,897 Thursday. There have been 20 deaths in the state attributed to the virus.

The number of confirmed cases in the U.S. rose from 206,204 Wednesday to 236,339 Thursday; this does not include the 8,861 people in the U.S. known to have recovered from COVID-19. The U.S. has the greatest number of cases worldwide, and there are likely many more cases as those exhibiting symptoms are now being encouraged to stay home rather than get tested. Nationwide, 5,648 deaths have been attributed to the virus, an increase of 1,106 overnight. Five percent of all active cases are considered serious, requiring hospitalization — down from 19% in February, 11% of all U.S. cases have been considered serious, requiring hospitalization.

Of Beaufort County’s total of eight cases, contact tracing of these known, confirmed cases has concluded:

“There have been 111 tests completed in Beaufort County to date, with 82 negatives, six positives and 23 pending. (These are cumulative numbers and include tests performed at the Health Department and private medical facilities throughout our county.). Two of our positive cases were tested in other counties,” reads the update from Chris Newkirk, deputy director of Beaufort County Emergency Services.

Beaufort County Health Department is no longer providing community testing due to limited supplies. Medical providers in the county can conduct the COVID-19 test, however, anyone exhibiting symptoms is urged to call their provider and isolate themselves from others, and not seek out medical attention unless experiencing severe symptoms.

“Not everyone should be tested. If a person is sick, they should assume they may have COVID-19 or another communicable disease and stay home until they are fever-free for three days and have been in self-isolation for at least seven days. If their symptoms worsen, then they should contact their provider to see if additional medical attention is needed,” the update reads.

A collective mission of resilience

To the Editor: Since the founding of the very first Chamber of Commerce in 1599, chambers have strived to build... read more