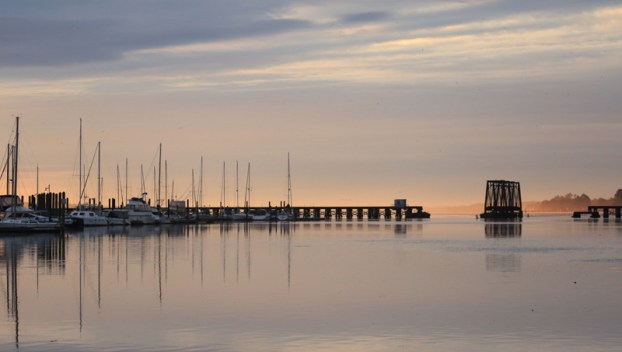 MARKETING WASHINGTON: With tourism coming to a standstill, the Washington Tourism Development Authority is looking at a major decline in occupancy tax revenue, which provides approximately 95% of its budget. The group continues to work with the Washington-Beaufort County Chamber of Commerce and the Washington Harbor District Alliance to promote businesses locally. (Guy Livesay/WTDA)

A key piece of keeping the local economy thriving, the Washington Tourism Development Authority is responsible for marketing the town to visitors from throughout the state and beyond.

But what happens when those visitors, and the occupancy taxes they bring, aren’t coming in? That’s a question WTDA Director Erin Ruyle, and other tourism directors across the state, are trying to navigate.

Ultimately, Ruyle says it’s unclear how much the WTDA will lose in occupancy tax. It all depends on how long the virus outbreak goes on, and then how long it takes for people to begin traveling again. Because approximately 95% of the organization’s funding comes from those taxes, Ruyle says the uncertainty makes it difficult to project budget figures for the coming fiscal year.

“I’ve been on a lot of calls with the state tourism office and regional offices, and everyone’s kind of preparing to live off of our fund balances,” Ruyle said. “Luckily, we have one, but not every city does.”

According to a recent article from the Asheville Citizen Times, the Buncombe County Tourism Development Authority, which collects close to $25 million in occupancy tax revenue each year, is considering changes to how it spends its money when it can’t actively market to visitors. Some residents there are questioning if those funds can be diverted to help local businesses struggling to stay afloat.

The short answer is no. Under state law, two-thirds of occupancy tax revenue must be used to for marketing efforts, while the other third is reserved for operating expenses. It would take a change to North Carolina General Statutes for TDAs to be able to spend that money in other ways.

“I was on a call (Tuesday) with the state tourism office and the way they put it is, ‘We’re marketers, we’re not loan officers,’” Ruyle said. “I’m interested to see if our board tries to take that direction, as far as relief, because I’ve had some people ask.”

While the COVID-19 outbreak is creating a lot of uncertainty for the WTDA, Ruyle says she sees some hope at the end of the tunnel. When people begin traveling again, she thinks they will be ready to come back to Washington. The group is also working with the Washington-Beaufort County Chamber of Commerce and the Washington Harbor District Alliance to keep businesses going until then.

“If there is a silver lining, I think when people are ready to travel, they’ll be looking more towards regional travel and day trips,” Ruyle said. “I think us being a small town, we have some advantages over the bigger cities, like Raleigh or Charlotte, where people might want to travel but aren’t comfortable going to big cities with a lot of people.”

The Washington Tourism Development Authority will hold its meeting next Monday via remote video.