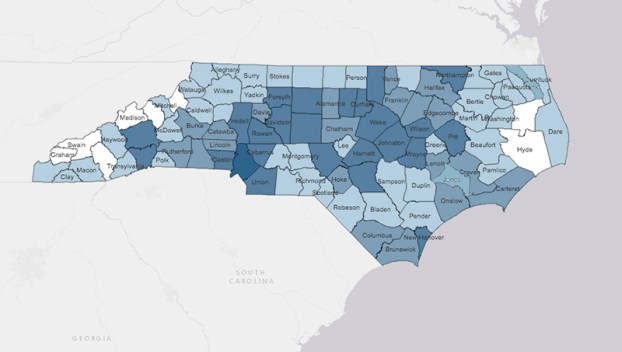 The number of confirmed cases in the U.S. rose from 454,304 Thursday to 486,994 on Friday; these numbers include the 27,612 people in the U.S. known to have recovered from COVID-19. The U.S. has the greatest number of cases worldwide, and there are likely many more cases as those exhibiting symptoms are now being encouraged to stay home rather than get tested. Nationwide, 18,022 deaths have been attributed to the virus, an increase of 1,755 overnight. Five percent of all active cases are considered serious, requiring hospitalization, down from 19% in February; 11% of all U.S. cases have been considered serious, requiring hospitalization.

Of Beaufort County’s total of 12 cases, contact tracing of these known, confirmed cases has concluded:

There have been 135 tests completed in Beaufort County as of Friday, with 118 negatives, 10 positives and seven pending. These are cumulative numbers and include tests performed at the health department and reporting private medical facilities through the county. Two of Beaufort County’s positive cases were tested in other counties.

According to the North Carolina Department of Health and Human Services website, there have been 57,645 COVID-19 tests completed statewide as of Friday.

“If you have fever and cough and other symptoms of respiratory illness, even if it is not from COVID-19, you should isolate yourself as if you have COVID-19. This will reduce the risk of making the people around you sick,” the update from BCES and BCHD reads.

It is recommended that those exhibiting symptoms call their primary health care provider. If symptoms are severe, such as shortness of breath, difficulty breathing, chest pain or pressure, confusion or blue lips, then call a doctor or 911 right away, the update states.

This is why they matter

To the Editor: I would like to express my thanks to the Washington Daily News and all the staff for... read more