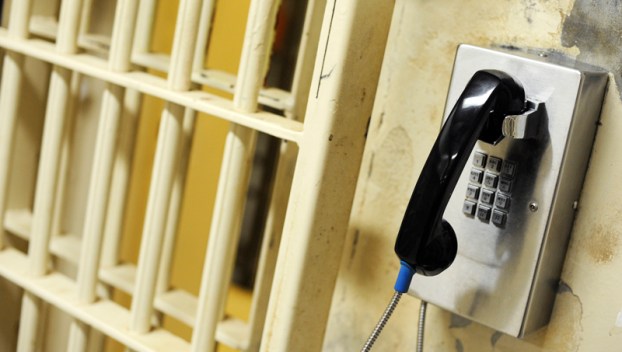 With large numbers of people in confined spaces, jails and prisons have the potential to become hotspots for COVID-19, both for the inmates housed there and the staff that works there every day.

As more facilities across the state and nation report outbreaks of the virus, the Beaufort County Sheriff’s Office is taking extra precautions to make sure a similar outbreak doesn’t happen locally, though BCSO Chief Deputy Charlie Rose says the Beaufort County Detention Center is actually less crowded than usual.

“Just because of the circumstances we have at our jail, with the repairs coming up, most of our inmates are at other facilities,” Rose said. “The majority of the male inmates that we have are being housed in Craven (County) and are still being staffed by our employees. But our jail right now in Beaufort County is actually empty, unless it’s an arrestee or somebody in transit.”

Currently, Beaufort County has inmates housed at facilities in Cabarrus, Craven, Currituck, Dare, Onslow and Pamlico counties due to previous overcrowding and upcoming repairs to the local facility. It costs the county between $45 and $65 per day to house those inmates elsewhere. Rose says the Craven County Detention Center is the only facility where BCSO staff members are working outside of Beaufort County.

“Sheriff Chip Hughes and his staff have graciously decided to help us however they can,” Rose said. “They’ve been great to work with. We’re working with them to make sure things run as smoothly as possible. That’s really the only control we have over our inmates at this time. If our inmates are in another facility, they are under that facility’s policies, procedures and guidelines. In effect, that agency is handling that inmate just like they are theirs.”

Rose says jail staff has also benefited from additional education coming from the state on ways to keep COVID-19 out of local facilities. Statewide, some inmates are being released or seeing their bonds significantly lowered, and district attorneys are making efforts to expedite cases when possible.

For those still coming into the jail, recent arrestees and staff members alike, the BCSO has implemented screening procedures to help prevent an outbreak. Nurses from the Beaufort County Health Department are aiding in that effort.

“Our folks have done a great job of dealing with the circumstances that they have in front of them, whether it’s just for the repairs that were going to be going on or in trying to prevent a COVID case from happening in our jail as long as we can, in hopes we don’t have any,” Rose said.

Saturday, an 81-year-old prisoner at the Federal Corrections Complex in Butner was the first to die there from complications associated with the virus. The Federal Bureau of Prisons reports that more than 80 people have tested positive for COVID-19 at the site, including 22 staff members. At North Carolina prisons statewide, 37 people have been confirmed to have the virus, including 21 at Neuse Correction Institute in Goldsboro.

Since March 11, the BCSO has restricted in-person visits to the Beaufort County Detention Center, including in-person visits between attorneys and their clients. Instead, the jail has been facilitating phone conversations so incarcerated people can converse with family and lawyers.

Those with family members housed elsewhere should contact those facilities for information on depositing money, sending mail and scheduling visits. Families of inmates housed at the Craven County Detention Facility can contact jail administration at 252-636-6676 or 252-636-6677 during normal business hours to set up a visit.

Per Beaufort County Schools Superintendent Matthew Cheeseman, BCS will not have meal service today due to severe weather. BCS will... read more