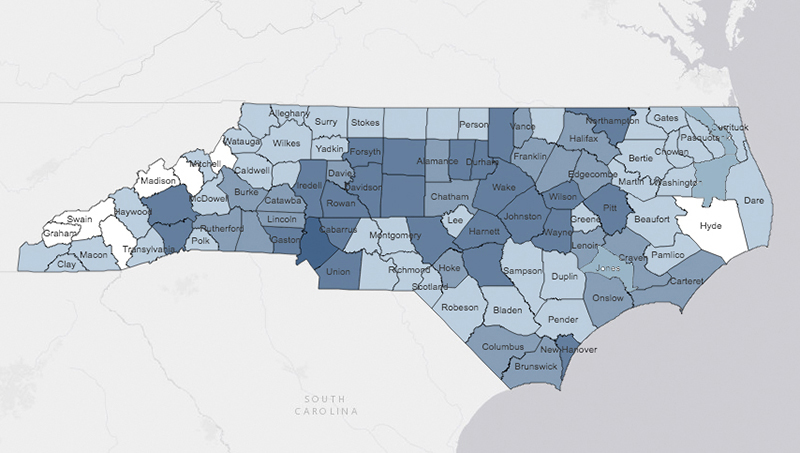 The number of confirmed cases in the U.S. rose from 572,587 on Monday to 598,670 Tuesday; these numbers include the 44,364 people in the U.S. known to have recovered from COVID-19. The U.S. has the greatest number of cases worldwide, and there are likely many more cases as those exhibiting symptoms are now being encouraged to stay home rather than get tested. Nationwide, 25,239 deaths have been attributed to the virus, an increase of 2,161 overnight.

Of Beaufort County’s total of 14 cases, contact tracing of these known, confirmed cases has concluded:

There have been 156 tests completed in Beaufort County as of Tuesday, with 138 negatives, 12 positives and six pending. These are cumulative numbers and include tests performed at the health department and reporting private medical facilities through the county. Two of Beaufort County’s positive cases were tested in other counties.

“The Institute for Health Metrics and Evaluations continues to update projections for COVID-19. Their data includes estimates of needs (i.e. hospital beds, ICU beds, ventilators) as well as peak cases for U.S. and state by state,” the update reads. “Today’s update continues the trend of a reduction in hospitalizations and death rates for North Carolina. N.C. is currently projected to peak on April 17. You can view this information by using the following link: covid19.healthdata.org/projections (This may not work well in Internet Explorer). Use the drop down arrow next to ‘United States of America’ to view this data at a state level.”