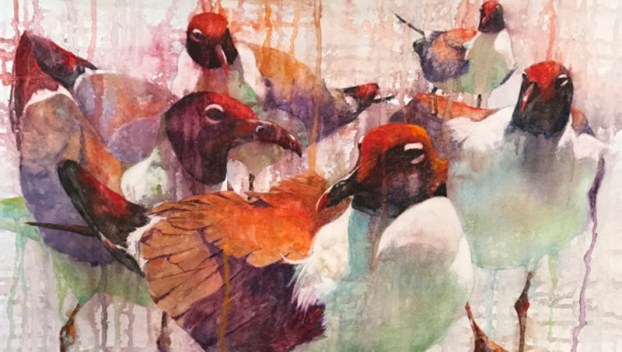 NATIONALLY KNOWN: Pat Holscher’s painting “Beach Groupies” will be on display at the National Watercolor Society’s 50th anniversary exhibition in July. The Washington resident is one of two North Carolina artists selected to take part in the national show. (Pat Holscher)

Washington artist Pat Holscher has been selected as one of two North Carolina artists whose worked will be showcased in the National Watercolor Society’s 50th anniversary exhibition.

The National Watercolor Society 50 Stars Exhibition 2020: Stars of the U.S. Watercolor Societies will take place in July in San Pedro, California, and will be comprised of paintings by two artist representatives from each U.S. state.

Holscher and fellow artist and friend Ana Vasilik, from Asheville, were chosen by the North Carolina Watercolor Society to represent North Carolina in the national show. Holscher said, both artists “were shocked and thrilled to be so honored.”

Holscher’s work is locally, nationally and internationally known. Her lyrical watercolors have been featured several times in the American Watercolor Society’s Annual International Exhibition in New York, New York, where in 2009 she won the Gold Medal of Honor, and was included in “Master Painters of the World — U.S. Showcase” in the October/November 2004 issue of International Artist magazine.

Most recently, Holscher’s painting “The Lunch Bunch” was a winner in the North Light Books’ 2017 watercolor competition, which included publication in their edition of “Splash 19: Illusion of Light.” She was accepted in the Southern Watercolor Society’s 40th, 41st and 43rd Exhibitions in Florida, Texas and Tennessee, winning the Ampersand Award in Panama City. In 2019, the acceptance of “Potter’s Pond” in the Rocky Mountain National Watermedia Exhibition in Evergreen, Colorado, earned her a Signature Member status for her fourth juried showing in 10 years, according to a press release.

Holscher’s contribution to the to the NWS 50th anniversary is entitled “Beach Groupies,” a gathering of shore birds painted in Holscher’s signature style, which is fluid and dreamy — and an opportunity to strike an emotional connecting cord with viewers, the artist says. 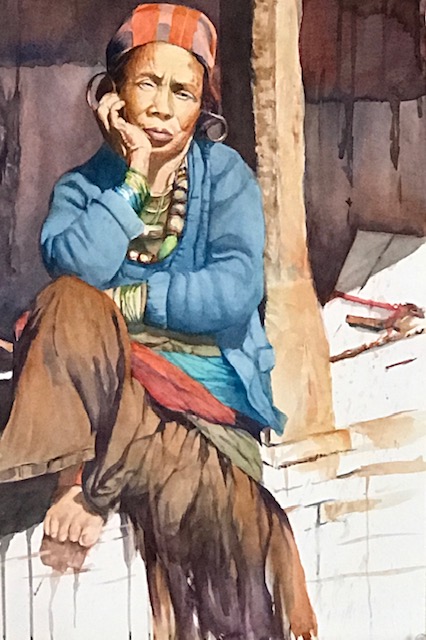