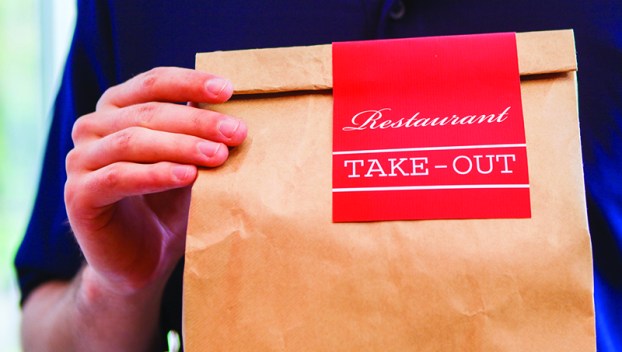 With no dine-in services, restaurants rely on community to survive

At many local establishments, this has lead to layoffs and outright closures, but many Beaufort County restaurants are pressing on, subsiding for the time being on takeout, delivery service and a healthy dose of community support. For some restaurant owners, like Jason Sheppard at Shep’s Grill in Washington, the current situation is a matter of survival.

“I think I’m going to be OK,” Sheppard said. “I’m scared for a lot of other people, and all I can really do is encourage them.”

For Sheppard, it started with reductions in staff. He’s now running his restaurant with a skeleton crew — himself, his mom, his girlfriend and maybe one other server. He’s also had to cut his menu options and hours, and has applied for an SBA loan, a Golden LEAF grant and paycheck protection for his employees.

“It’s just a hurry-up-and-wait thing now, and that’s what a lot of us are doing,” he said. “It seems like we’ve all got our stuff in, but it’s kind of like with the unemployment thing, where they’re only used to handling X amount of things per week and then you get flooded with tens of thousands in a couple days.”

On the bright side, Sheppard says he has seen the community really step up to support his business and others. Regulars are still getting their orders and others are buying gift cards to help him stay afloat. He also says restaurant owners who might normally be competitors are working together and sharing ideas with one another to help keep everyone’s business alive.

“We’re down 75%, but the community as a whole has really stepped up,” Sheppard said. “A lot of people are scared, so there’s some people who aren’t coming out. But the ones who are, the ones who are calling in and getting gift cards for future use or gift cards for the families in need, they’ve been the real heroes of all this. I’m sure I’m speaking for every other restaurant throughout the country. Every dime that comes in from our community has been an overwhelming help.”

In Belhaven, Gingerbread Bakery and O’Neals Snack Bar is a popular spot for local diners. Though the business has had to adjust for a lack of people sitting down for a meal, owner Ginger Stoop says she has also seen an outpouring of support from the community, not just for her restaurant, but for eateries throughout Belhaven.

“Our customers are doing very well with takeout,” Stoop said. “All of our local working people have supported us tremendously and we’ve had several people in the community that have purchased lunch for different businesses. They pay us, we fix it, and it’s delivered to them. … Everybody has really been kind and gracious.”

For these local businesses, that community support is more important than ever as they navigate the changes associated with COVID-19. People can support them in a number of ways, including ordering takeout, buying gift cards and being sure to tip the staff who are working.

According to the CDC, there is no evidence that supports the transmission of the disease through food, and N.C. State University has prepared a list of frequently asked questions on the subject that can be accessed via the online version of this article.

For years, the storytelling skills of Terry Rollins have kept children enthralled. The host of Story Time for toddlers, he... read more