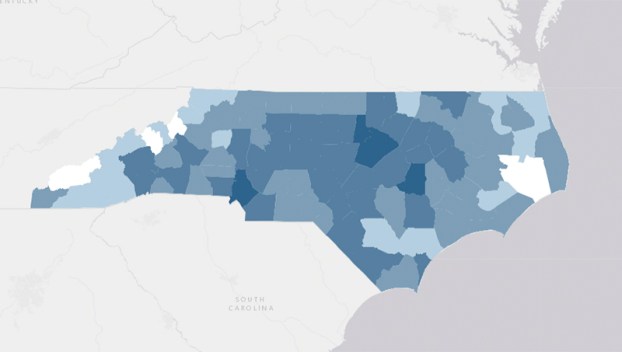 The number of confirmed COVID-19 cases in North Carolina continued to rise from 9,035 on Sunday to 9,298 Monday. There have been 328 deaths in the state attributed to the virus, an increase of eight overnight. There are currently 473 COVID-19 associated hospitalizations. According to Beaufort County Health Department Director Jim Madson, four of those hospitalizations have been Beaufort County COVID-19 cases.

The number of confirmed cases in the U.S. rose from 963,168 Sunday to 980,008 on Monday; these numbers include the 107,754 people in the U.S. known to have recovered from COVID-19. The U.S. has the greatest number of cases worldwide, and there are likely many more cases as those exhibiting symptoms are now being encouraged to stay home rather than get tested. Nationwide, 55,637 deaths have been attributed to the virus, an increase of 1,023 overnight.

Of Beaufort County’s total of 21 cases, contact tracing of these known, confirmed cases has concluded:

There have been 272 tests completed in Beaufort County as of Monday, with 238 negatives, 18 positives and 16 pending. These are cumulative numbers and include tests performed at the health department and reporting private medical facilities through the county.

“Three of our positive cases were tested in other counties, but are Beaufort County residents,” the update reads.

When people can’t come together face-to-face, social media can serve as the next-best thing. For the students and staff of... read more