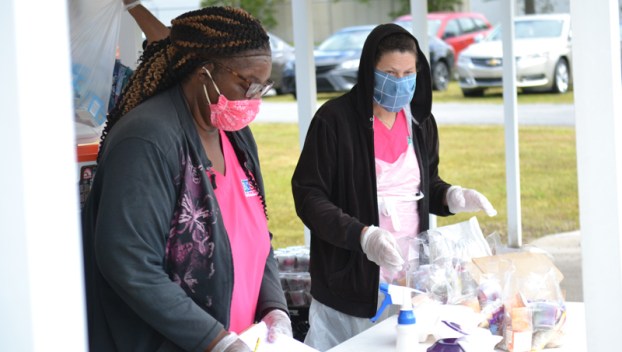 In its eighth year, School Lunch Hero Day is a little more meaningful this year. A national celebration for cafeteria workers across the nation, as they are the only ones in the school’s buildings, preparing food for hungry students.

The Child Nutrition Director of Beaufort County Schools, Gwyn Roberson McBride, said she has been very proud of how all of the cafeteria workers have adjusted to the new system of doing things.

“They’re so used to the kids coming in, talking to them and serving them food on trays, but they’ve really adjusted well to what we’ve had to do,” McBride said. “Next week is National School and Nutrition Employee Week. This Friday, which is School Hero Week, has been going on the last eight years. It’s fairly new. We usually celebrate next week for Teacher, Nutrition Employees and Bus Driver Appreciation Week, but since this is so new, we decided to celebrate this also.”

Across the county, approximately 30,000 meals are given out each week, including for the weekends. On Fridays, the schools dish out around 12,000 meals alone, sending home enough food for Saturday and Sunday, as well.

McBride said she believes it is important to recognize all the cafeteria staff members this year.

“Especially this year, I think it’s important because they’re the only employees that are at the school. They’re making sure that even though schools are closed, kids are still being fed. They’re giving normalcy to all the kids’ days. They’re on the front lines of this virus making sure that no kids go hungry, and that’s important,” McBride said. 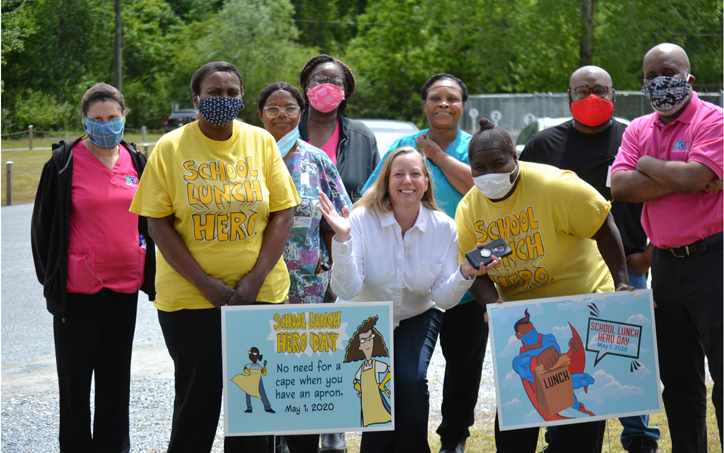 The cafeteria manager at John Cotten Tayloe Elementary, Russell Gibson keeps track of all the numbers in the kitchen.

“I have to write down exactly what we have; how much of it we use as far as cases (of food); I have to write out receipts when we give to, like, the Salvation Army, Cornerstone Church, A to Z Kids and places like that. They have to fill out everything I write six times for every site, fill out an account sheet to keep track of everything we do, so we can send it to the state and we can get reimbursed as if school was still in,” Gibson said. “Every week has been a different menu. Like, this week, we had bacon cheeseburgers on Monday, had baked chicken, mashed potatoes and blackeyed peas; we have a pizza day every week, brought in by Pizza Inn, and we’re trying to partner with Chick-Fil-A.”

Many of the meals provided to students are made from scratch, and all the food groups are touched with every meal that’s sent home, McBride said.

Meeting this week for the first time since January, the North Carolina General Assembly reconvened this week with a primary... read more