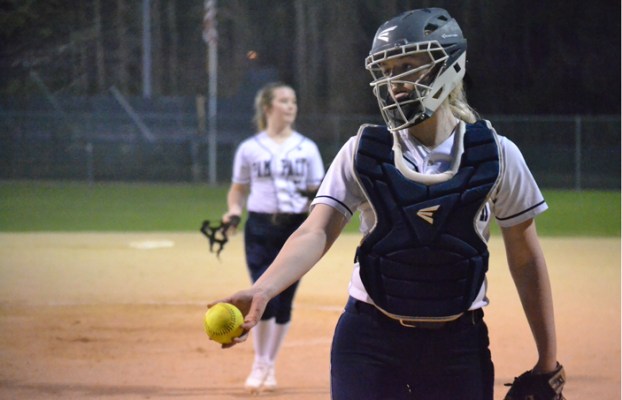 HANGING IT UP:Washington Pam Pack catcher Emme Davis hands the ball to the umpire during the Pam Pack’s home opener against Roanoke Rapids. It turned out to be the final home game of Washington senior’s careers. (Mitchell Thomas / Daily News)

The COVID-19 outbreak has taken its toll on senior athletes around the nation. After months of conditioning, working out and practicing, they ended up being rewarded with a shortened season.

Athletes around Beaufort County spoke about their disappointments, and how much they are going to miss playing their favorite sports.

Emme Davis, senior catcher for the Pam Pack softball team, underwent a shoulder surgery in the offseason. Her recovery schedule lined up well with the beginning of softball season until the season abruptly ended.

“It’s been extremely upsetting not being able to finish my senior season. After my junior season, I had immediate shoulder surgery so that I would be back and full recovered for this season. I did constant physical therapy and worked very hard to have my shoulder back in tact before the season started, so not getting to play has been extremely heartbreaking,” Davis said. “Me and Abbi Tucker have been best friends since we were 8 years old, and have been planning this year out forever. Talking about how we couldn’t wait to cry it all out on Senior Night. It’s been very tough not being able to finish this out with her, and all of my other teammates by my side. I will probably miss the friendships and just being able to play on that field the most. Softball has given me so much. I have lifelong friendships, it has taught me so many lessons that I’ll carry with me forever. I will miss the whole environment and being able to play on that field. Pam Pack forever!”

Southside baseball senior Johnathan Hernandez was a four-sport athlete for the Seahawks this year, playing soccer, football, baseball as well as wrestling. He said he hated to have his senior season of baseball get cut short.

“It’s been really sad, because even though I knew my high school career was going to end, I didn’t expect it to mean I didn’t finish my final season,” Hernandez said. “What I’ll miss the most is not being able to play with my teammates and the family bond we created through the season. No matter if we win or lose, we did it as a family; we got better as a family, and I will miss the excitement of the wins. The celebration after the games, the fans yelling our names and I’m going to miss my coaches. They got me through four years of high school and I got better every day thanks to them.” 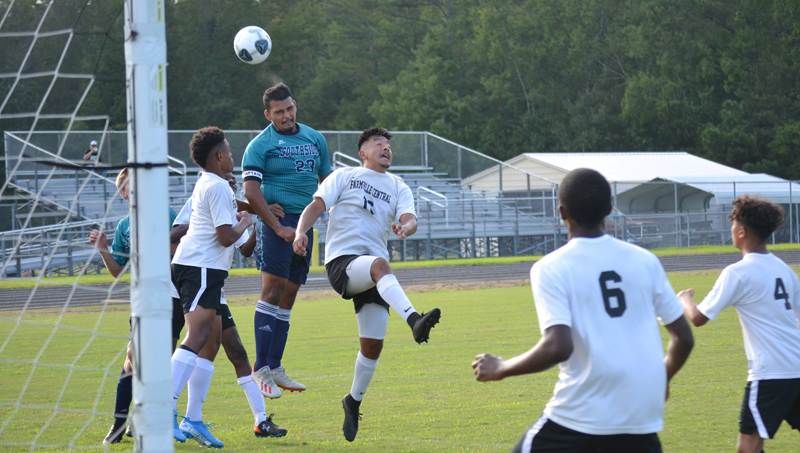 HEADER: Southside’s Johnathan Hernandez rises above the traffic and heads the ball towards goal in the Seahawks’ home-opening win against Farmville. (Mitchell Thomas / Daily News)

Pungo Christian Academy senior Ryan Bishop was devastated with the season’s end, because of how close the Raiders were to the state tournament last year.

“It was a wild year, but I never thought it would end like this,” Bishop said. “I think the part that hit the most, was that one day during (baseball) practice we were told that it would be our last practice of the season. For many of us seniors, it was the last time on the ball field. It was heartbreaking for our team this year, because all of us were set on getting a (state championship) ring this year after falling short one game last season. It stinks that it ended like this, but with basketball and football, I had one heck of a year.” 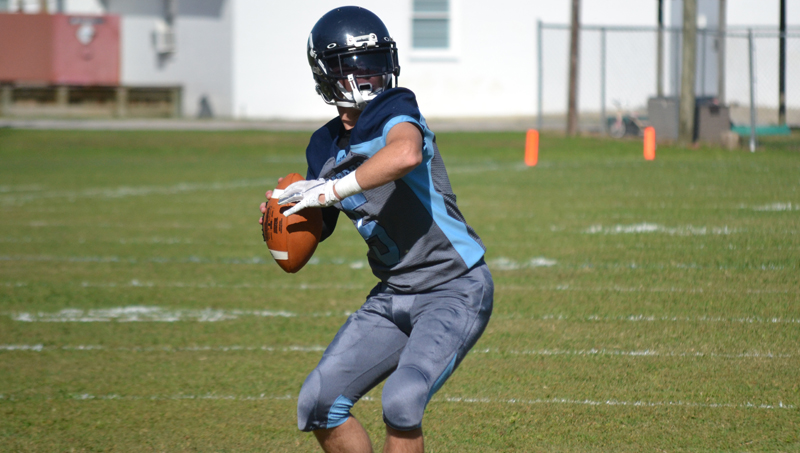 Northside’s three-sport athlete Carter Boyd gave his thoughts on the final season of his high school career, and no longer being able to be coached by his dad.

“I already miss the memories that we were going to make this year as a team and a family. We had already made so many memories during the short time we had,” Boyd said. “Only God knows what we would have done if we had played our full season. It’s very upsetting because we had a great team and I know we had a chance to do great things. I just thank God I was able to play football and basketball at Northside High School. I just wish I could have finished out the last season I had with my dad as the coach.” 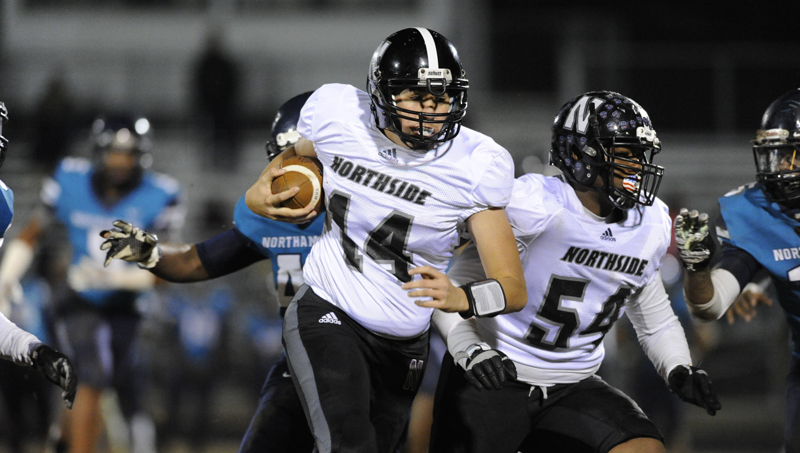 It’s difficult to understand how much sports can mean to a high school athlete. In most cases, it’s the last time they’ll put on a uniform and step onto the field that they called home.