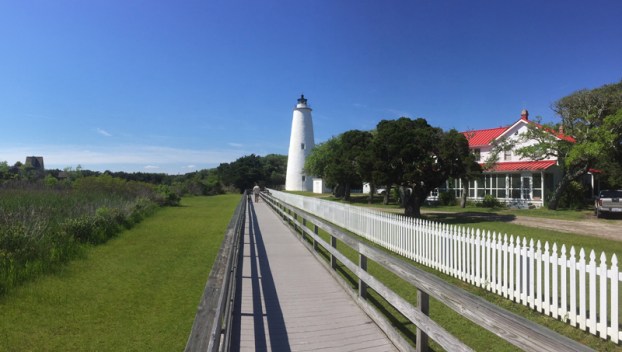 HYDE COUNTY — Entry restrictions for mainland Hyde County have been lifted, and Ocracoke is set to follow May 16. Some restrictions will still apply, however, based on the modified stay-at-home order and phased reopening announced by North Carolina Gov. Roy Cooper earlier this week.

Although the county has previously stated that restrictions on visitors and non-residents were put in place to protect public health, public comments submitted to the Hyde County Board of Commissioners in advance of Monday’s meeting show that the restrictions were not without contention. Many of the comments came from non-resident property owners, who have been unable to access to their properties on Ocracoke during the COVID-19 outbreak, while still paying the same taxes as residents.

“We feel it is discriminatory for Hyde County to prohibit access, services and resources to tax paying property owners based solely on their residency status,” wrote a pair of property owners. “Because of this discrimination, we are incurring added hardships and expenses that other property owners (and even residents who do not own property) are subjected to.”

On the other hand, some permanent Ocracoke residents expressed concern that reopening the island could lead to an outbreak of the virus. A handful of comments expressed the need for increased safety measures to be in place before Ocracoke can safely open.

“Despite all the wonderful things that Ocracoke has to offer, these are the very things that place Ocracoke at special risk for the spread of the COVID-19 virus,” one island resident wrote. “Undoubtedly, many visitors will be coming from COVID-19 ‘hotspots.’ An influx of outside visitors on the island means that there is a greater potential for the spread of this highly contagious and potentially lethal virus.”

Also weighing into the matter is the fact that the closest hospital to Ocracoke, Outer Banks Hospital, is in Nags Head, more than two hours away.

Others expressed concerns about the economic struggles of local business owners and predicted that a continued lockout of visitors could be detrimental to an island already suffering from prolonged loss of revenue after devastation from Hurricane Dorian forced Ocracoke to cut its fall season short.

“The island needs the full, busy season to stay afloat economically,” another permanent resident wrote. “If the virus changes to the extent of concern between now and the time the island reopens to tourists, it can be closed. Continuing the ‘lockout’ of tourists puts too much pressure on our seasonal economy, especially with the impact of Hurricane Dorian. We have had no ‘normalized’ income stream since last August. That is seven months and running.”

Running through a number of comments was another, more subtle message. The restrictions have not only become a point of contention between county government and NRPOs, but between residents and non-residents as well.

“When Dorian devastated so much and so many, those of us that did not have the more significant property damages pitched in in every way possible to restore our ‘paradise,’” one property owner wrote. “The amount of time, labor and contributed expense by the ‘non-residents’ was very apparent and significant. No one screamed, ‘You’re a non-resident property owner, we don’t want your help or donations’ during that time period, but now we’re the ‘doomsday deliverers.’ That’s a prejudice that probably will not go away and one that many of us will not likely forget.”

The Hyde County Board of Commissioners voted Monday to lift the mainland restrictions, effective Wednesday. The decision to lift visitor restrictions to Ocracoke and other Outer Banks communities next week is a coordinated policy on the part of Hyde, Dare and Currituck counties. While visitors can return to the island May 16, non-resident property owners will be allowed back starting Monday.

The reopening of Ocracoke to visitors May 16 also takes into account the recommendation of the Ocracoke Control Group, which recommended last week to reopen the island before Memorial Day.

“As visitors prepare for vacation, it is important to remember that the coronavirus is not over,” reads a press release from Hyde County. “There are still state and local restrictions in effect to protect everyone’s safety that may impact the way you have vacationed on the Outer Banks in the past.”

Some of those restrictions include social distancing guidelines, limited gatherings, restaurants being restricted to takeout services and limits on the number of people in a business. Individuals are also recommended to wear a mask or face covering in public.

Because of increased demands on the supply chain across the country, the county encourages visitors and non-residents to bring essentials with them, including paper products and non-perishable groceries.

“The Control Group discussed the difficulty of weighing public health concerns on the one hand and the threat to the future of Ocracoke’s business community on the other,” reads a Hyde County press release on the group’s May 1 meeting. “It was noted that Ocracoke is in the uniquely challenging position of addressing a September shutdown due to Hurricane Dorian as well as the added shutdown due to the COVID crisis.”

The May 4 Hyde County Board of Commissioners meeting can be viewed here.

As communities across the country celebrate the contributions of educators during Teacher Appreciation Week, Eastern Elementary School took a slightly... read more