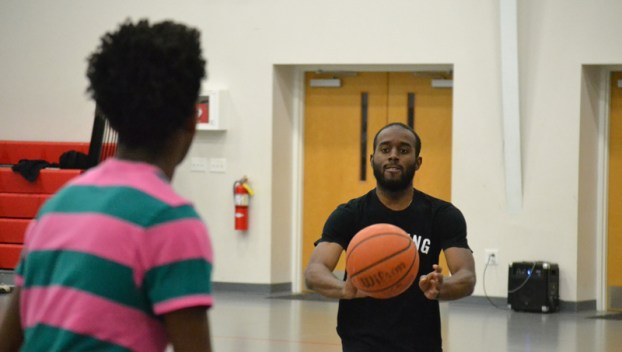 A former Northside Panther and Washington High School graduate, Jabari Ashe has been training and coaching middle and high school basketball athletes for quite some time now. Recently, he was extended an offer to return to the hardwood as an assistant coach for the Pam Pack’s basketball team.

Ashe established a love for the game early on in his life. He went through the ranks of Washington’s Youth Basketball League up until he started playing for P.S. Jones. He played for two seasons on Washington’s junior varsity club, before transferring to Northside to play his final two seasons of basketball, in order to be teammates with his best friend, and current starting center for the Miami Heat, Bam Adebayo.

Ashe helped the Panthers make a trip to the semi-finals of the state tournament in 2015, but the team fell to the eventual state champion East Carteret Mariners.

After his senior season at Northside, he decided to transfer back to Washington to graduate with his childhood friends that he grew up with.

Ashe went to Belmont Abbey College for a semester, but transferred back home to attend East Carolina University.

He reached out to the late Mike Proctor, then-head coach at Northside High School and asked to join his staff, which sparked Ashe’s coaching career.

“I asked myself if I really wanted to pursue the game as a player. My mom used to always tell me, ‘You can affect the game in different ways; you don’t always have to play,’” Ashe said. “That was one thing I took heed of, and that’s when I made the decision to come home to really try to start coaching.”

Ashe said he was blessed to be a part of Proctor’s staff, because of the respect he had from other coaches around the area.

“For those two-to-three years that I helped coach, we played some really good basketball,” Ashe said.

After Proctor’s death, Ashe became more of a one-on-one trainer for athletes around the county to help sharpen their craft.

“I think the one-on-one aspect has been more rewarding off the court, than on the court. Getting to see the kids grow is the biggest thing. Just being able to make the kids continue to push even when they’re tired, that’s something that has translated off the court, as well. It makes them want more out of themselves,” Ashe said.

When he received an offer from Pam Pack head coach David Allewalt to be a part of the coaching staff, Ashe jumped on the opportunity.

“It was an exciting feeling. I’m excited to be a part of what is happening at Washington right now as a program,” Ashe said. “They’re making history right now. Talking to Coach Dave about what his plans are, he’s really trying to make history here. That’s something I really wanted to be a part of.”

Allewalt said he was incredibly excited to add Ashe to his staff.

“Jabari likes long, romantic walks on the beach and enjoys watching daytime soap operas in his spare time,” Allewalt said jokingly. “Seriously though, Jabari is well-rounded with the type of athletes in this area. … He came from P.S. Jones, so he understands the developmental part also. He’s vibrant — very knowledgeable about the game of basketball. With him being such good friends with Bam, he’s had an opportunity to sit in on some practices that most people never get to see. What he brings to the table for our coaching staff is priceless.”

Allewalt also explained the role Ashe would have on his staff.

“He’s going to be an assistant coach and play a vital role on our staff,” Allewalt said. “The coronavirus put a hiccup in it, but we want to start an eastern North Carolina AAU program that he can run, as well. He’ll work strictly with our varsity basketball team and be a key in player development. … He’s going to be a real asset for us. I believe he has a future in coaching if he so decides to continue on that path.”