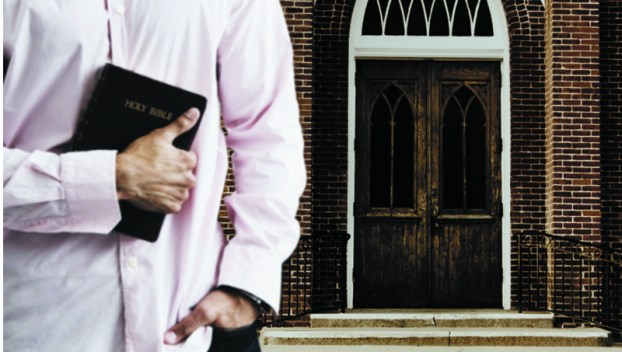 A religious nonprofit, two churches and a North Carolina pastor filed a lawsuit in United States District Court against North Carolina Gov. Roy Cooper on Thursday, seeking an end to restrictions on indoor services at churches across the state. North Carolina Rep. Keith Kidwell, who represents Beaufort County, played a role in securing funding for the suit.

Plaintiffs filing suit include Berean Baptist Church in Winston-Salem, People’s Baptist Church in Greenville, Berean pastor Dr. Ronnie Baity and the religious nonprofit Return America, a network of churches that seeks to “educate, motivate and mobilize citizens in a united effort in promoting Judeo-Christian values; to educate and influence government in these principles upon which our state and nation were founded,” according to the group’s website.

While Kidwell is not listed on the lawsuit, he was part of the effort to help organize it. Working with other members of the N.C. House of Representatives, the North Carolina Baptist Association and Return America, Kidwell helped connect the dots to make the lawsuit happen.

“A businessman from Greenville contacted me and said he was really ticked off about the churches being shut down and that he would be willing to fund the first $5,000 of legal expenses if I could find an organization that would prosecute a lawsuit,” Kidwell said. “Basically, what I did, was once I got it together and got the ball rolling, I stepped back and let the professionals who know what they’re doing deal with it.”

On April 22, the National Center for Life and Liberty, a nonprofit legal ministry based in Florida, sent Cooper a letter on behalf of Return America, urging the governor to lift restrictions on houses of worship. Approximately 200 pastors co-signed the letter.

According to a press release from N.C. Representative Steve Jarvis, (R-Davidson), who was also involved in organizing the suit, that letter was not answered by the governor. In the same release, Baity claimed that the governor’s executive order unfairly discriminated against the church.

“Through his executive orders, he has curtailed church assembling and limited attendance to a maximum of no more than 10 people per service,” Baity wrote. “At the same time, he has allowed ABC stores, abortion centers, hardware stores, Walmart stores, vapor shops, NASCAR and others to operate at much larger capacities. This is discrimination against the church.”

Thursday, Return America took the next step of filing the lawsuit. During a press conference Thursday afternoon, Cooper said he hadn’t seen the lawsuit, but argued that the executive orders his administration has put in place were written with First Amendment protections in mind.

“Let’s look at the bottom line here,” Cooper said. “We don’t want our churches to become hotspots for this virus. … When people are gathered together indoors and are closer to each other for more than 10 minutes, the virus has a significant chance to spread from one person to the next, and we’ve seen tragic consequences when that’s the case. We hope congregations across North Carolina will talk with their leaders and make good decisions about what is right to look out after each other.”

Last week, the North Carolina Sheriff’s Association Executive Committee unanimously passed a resolution asking Cooper to amend Executive Order 138 to allow indoor worship services if they adhere to similar requirements for retail businesses. In response to that resolution, Cooper issued a clarification of the order, but did not change policy.

In addition to the lawsuit on behalf of the churches, Kidwell says he is also helping organize a second suit on behalf of barbers and salon workers. Earlier this week, attorney S.C. Kitchen sent Cooper a letter on behalf of the newly founded Hair is Essential Association, saying his firm would file suit if restrictions on salons were not lifted by Monday.

As North Carolina prepares to enter Phase II of the state’s reopening plan, the Washington-Beaufort County Chamber of Commerce and... read more