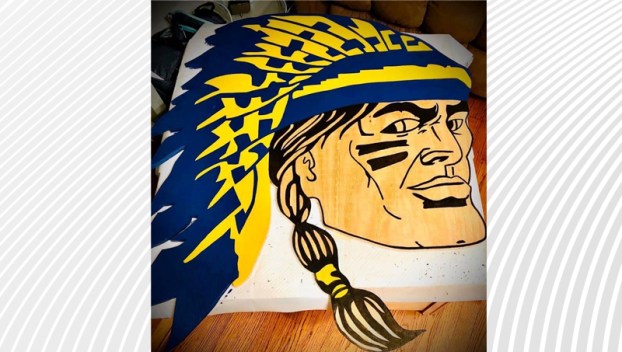 TEAM SPIRIT: Chocowinity Middle School assistant softball coach and teacher Krista Horn shows off her 3-foot-by-4-foot Indian head she made with a jigsaw tool. Horn’s goal was to plant the Indian head on the back of the softball team’s dugout. (Krista Horn)

While many people have been sticking close to home due to the COVID-19 virus, the creative juices have been flowing and residents are using the extra time to their advantage to create or build something new. Gardens, flowerbeds, jig-sawing projects and a greenhouse are among some of those projects.

David Spain of Washington built a raised flowerbed to prevent the stress that bending over can have on the lower back.

“We were looking for something easy to maintain and give us a controlled growing condition. We don’t have to bend over a lot to tend it, either. A raised bed gave us all of those opportunities. Plus, you have an increased yield, and you can fit more plants in a small area,” Spain said. “One end of it is dedicated to herbs and the other portion is really just tomatoes and cucumbers — they’re our favorite vegetables that are kind of tricky to grow in the soil around our house — to try and get some good production out of our tomatoes and the cucumbers to be pickled.” 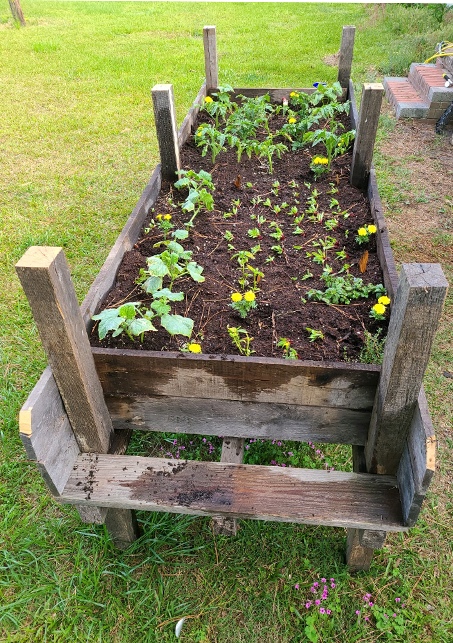 Spain explained he made the bed out of repurposed pallets.

“It took about two-to-three pallets. I used one pallet as the main structure and then I took the other ones and broke them apart to use the heavier pieces for legs. I used the boards from the other pallets to fill in the gaps on the main pallet so my dirt wouldn’t fall through,” Spain said. “I took some more boards to make the sides, so that the finished height of the raised bed would be 36 inches off the ground. It’s about the height that a countertop is, so it’s really easy to maintain.”

Krista Horn, a teacher and assistant coach at Chocowinity Middle School, has made plenty of things with a jig-saw, including a 3-foot-by-4-foot Indian head that represents the school mascot.

“I was inspired to make the Indian head because I was an assistant coach for the Chocowinity softball team, and we were transforming the softball field and repainting the dugouts,” Horn said. “I felt the Indian head would look great on the back of our dugout, and it would bring character to our facilities and motivation for our girls. After completing the Indian head, I felt a great desire to continue jig-sawing different things. It became a stress-relieving project in the evenings after remote teaching during the day. I have also created door hangers for a few people that were interested in my work and have made a few wall-hanging woodworks for my house.”

According to Horn, she used plyboard, a handheld jigsaw and paint to make her projects. She also said it takes about eight hours to complete one smaller wall hanger, which is several evenings’ worth of work.

Assistant softball coach for the Pam Pack Dallis Tucker and his wife, CJ Tucker, found the time to build a greenhouse in their backyard.

“My wife has been gardening on and off for the past 15 years. She decided to increase her gardening footprint about four years ago. The increase in space created an interest in more than just tomatoes, peppers and cucumbers. She also started growing dill, cilantro, thyme, mint and basil. The garden turned into both a spring and fall garden,” Dallis Tucker said. “My wife finally said this was the year to take the big leap and build a greenhouse.” 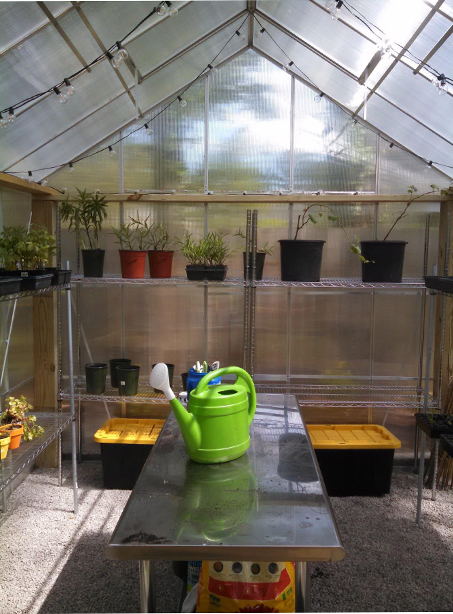 It took four weekends of work to build the greenhouse, Dallis Tucker said, but it didn’t come without a fair share of hiccups.

“The instructions were a little vague at points. I put a brace in the wrong place and had to have my buddy, Brad, lend an eye to fix things and get me back on track,” Dallis Tucker said. “We added an interior support wood beam for hurricane season. We finished the flooring with 3,000 pounds of No. 78 stone. My wife then installed a metal shelving system and a workbench to complete the project.”

While the COVI-19 may have halted the work of some, people continue to find creative ways to occupy their minds and be productive.

Throughout the entirety of this COVID-19 crisis, good deeds and kind gestures have been plentiful. Whether it was serving meals... read more