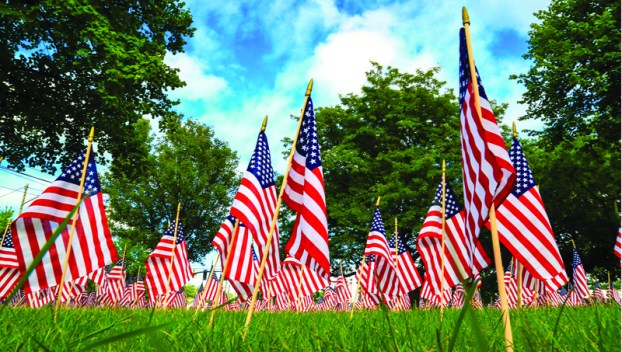 For many Americans, Memorial Day weekend is a time to unwind, take a three-day weekend and mark the unofficial beginning of summer. It’s also a time for door-buster sales, cookouts, floating on the river and taking the first dip of the season in community pools.

Of course, all of this falls secondary to the true purpose of Memorial Day. Above all else, this is a time to remember the service and sacrifices of men and women who gave their lives in service to the United States. The holiday has solemn roots in an older holiday called Decoration Day, during which families of Civil War-era soldiers, both Union and Confederate, would decorate the graves of the men they lost in that bloody conflict.

In the past, this newspaper has made a point to highlight the true meaning of Memorial Day. We would do the same this year and encourage all Americans to take a moment to reflect on those who died defending freedom.

For the families who have personally lost brothers, sisters, sons and daughters, this comes naturally. For those who haven’t, it takes a little bit more thought, but it’s important to remember why this three-day weekend happens every year.

Normally, this would be the point where we would encourage local residents to spend part of the day Monday attending a Memorial Day service. However, under this year’s circumstances, with COVID-19 lingering, many such services have been canceled. The annual service hosted by Disabled American Veterans Beaufort County Chapter 48 is going digital, livestreaming in place of an in-person gathering.

Also upended are many of the celebratory gatherings that people typically enjoy during this holiday weekend. Due to the state’s restrictions on mass gatherings, it’s still unclear to what extent people will be able to gather for cookouts, or what the plans are for opening the local swimming pools to the public.

For both of these reasons, this Memorial Day weekend will be unlike any before, and unprecedented times call for unprecedented measures. As such, consider the following two challenges this weekend as you make your Memorial Day plans.

One, consider tuning in to the livestream of this year’s Memorial Day service. In spite of physical distances from one another, one should still make time to consider the sacrifices of those in the Armed Forces and pay tribute to their memory, whatever that might look like.

Two, as you make plans to shop or travel or celebrate the weekend with family and friends, consider the safety of those around you. This applies, not only as it normally would to alcohol consumption and highway safety, but also to the health and wellbeing of friends and family. The temptation may be to cut loose and act like COVID-19 is in the rearview mirror, but that would be a (potentially fatal) mistake.

This weekend, take the time honor those who died to preserve your freedoms. You can also respect that sacrifice by doing your part to protect yourself and others.