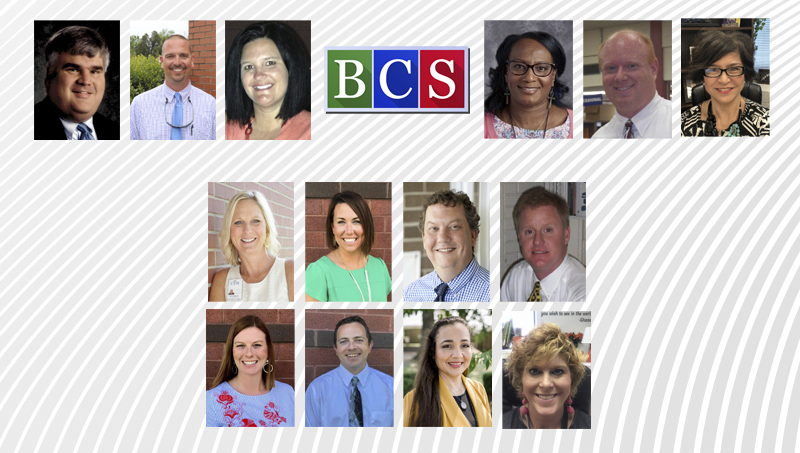 Big administrative changes are coming to Beaufort County Schools. According to BCS Superintendent Matthew Cheeseman, 14 administrators, seven principals and seven assistant principals will be moved to new schools to start out the 2020-21 school year. The changes will affect administration at 10 of the county’s 14 public schools.

Cheeseman says the school system had been considering the moves for a number of months, dating back to January. Under the move, every administrator currently with the school system will retain his or her position. As for the reasoning behind the changes, the superintendent says there are a number of factors involved.

“In Beaufort County Schools, we have three major regions, divided by the river,” Cheeseman explained. “One model to look at that is through the lens of having micro-districts, meaning you have your west side schools of Washington, your south side schools and your northeast schools. So it’s really micro-districts based on geography. Considering that, this model really supports collaboration, meaning that when a student is in kindergarten, we’re going to make sure that student is successful all the way through grade 12.”

The idea behind the shift is to improve communication and collaboration between schools, administrators and their respective school improvement teams within those micro-districts. Cheeseman says principals and school administration teams will be the ones to lead the way in implementing that new model.

For some students matriculating to new schools, the changes will also mean familiar faces will greet them at the semester’s start. After missing out on in-person instruction for a large portion of the spring due to COVID-19, the hope is principals moving up with their current students can help address some of the challenges they may face returning to the classroom.

“Specifically, as you have some of your principals and assistant principals just moving up one grade, there’s an advantage to knowing an entire grade level of students who are coming to you,” Cheeseman said. “It’s an opportunity to say, ‘We recognize our kids, we remember where we were, we’re excited to see that some of them still grew, and for any of those kids who need intervention and remediation, we already have established relationships with their families and the students themselves.’”

Per BCS policies, the administrative shifts were not voted on by the Beaufort County Board of Education, but were made at the discretion of the superintendent. The board, however, did voice support for the plan during the group’s Tuesday meeting. Cheeseman said administrators were made aware of the moves ahead of time, and all local schools held staff meetings to inform teachers Thursday morning.

“We’ve really tried to look at where our kids are, the kind of feedback we’ve been getting from teachers and administrators, and more so, we’ve really tried to put some innovative ideas and concepts in place through leadership, teaming them up with really fantastic teacher teams at these schools and dynamic school improvement times,” Cheeseman said. “I think this is probably some of the greatest change all at one time probably in the last 10 to 20 years, but I’m really excited for these administrators, and they’re really excited for their new opportunities.”

Here’s a breakdown of who is moving where in the school system:

In addition to the administrative teams at local schools, the district as a whole will also have new leaders stepping into key roles this coming year. Replacing outgoing BCS School Nutrition Director Gwyn Roberson-McBride will be Joanne Kirven, formerly of the Winston-Salem/Forsythe County Schools. Also joining the BCS team this summer will be James Stokes, who will replace Stan Hudson as the school system’s maintenance director.