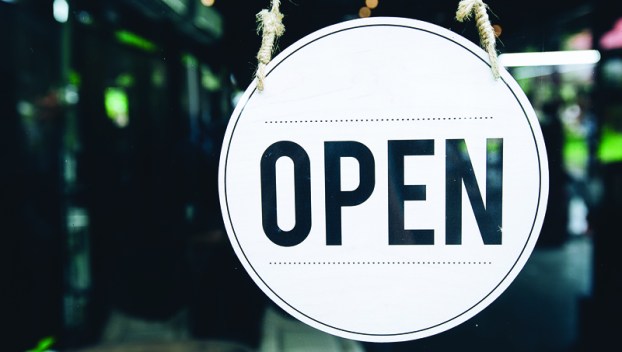 Lawsuit will seek to open all businesses

A lawsuit in the works against North Carolina Gov. Roy Cooper will seek to allow all businesses to reopen in Phase II of the state’s three-phase reopening plan. The suit is being organized by North Carolina Rep. Keith Kidwell and will represent businesses such as gyms, bars and entertainment venues that would not otherwise be allowed to reopen until late June.

Kidwell also played a role in organizing two other suits against the governor this month. The first, which was filed on behalf of churches across the state, was successful in overturning restrictions on indoor worship services throughout the state. The second, which would have been filed last week on behalf of salons and barbershops, was not actually filed because restrictions on those businesses were lifted in Phase II. Raleigh attorney Chuck Kitchen, who was responsible for drafting the salon suit, is also working on the latest litigation.

“We’re going after the governor on the same basis we did with the hair salons,” Kidwell said. “One, he does not have the authority under the Constitution to shut you down. People have the right to the fruits of their labor. We’re looking at the ‘taking clause’ that the government cannot take your business without due process of law, and we’re looking at equal treatment under the law.”

Also playing a role in the lawsuit is a 1940 North Carolina Supreme Court case, State v. Harris. In that case, a Vance County dry cleaner was operating in defiance of state law that required he have a license. In that ruling, the court stated that business owners have an “inalienable” right to earn a living.

“While many of the rights of man, as declared in the Constitution, contemplate adjustment to social necessities, some of them are not so yielding,” the justices wrote. “Among them the right to earn a living must be regarded as inalienable. Conceding this, a law which destroys the opportunity of a man or woman to earn a living in one of the ordinary harmless occupations of life by the erection of educational and moral standards of fitness is legal grotesquery.”

So far, Kidwell says around 2,200 people have expressed their support for the latest lawsuit to reopen all businesses. In some cases, he says those people have contributed small sums of money — anywhere from $10 to $100 — to help fund the suit.

“This would include, bars, dojos, gyms, dancing schools, pool halls, bowling alleys, bouncy houses that the little kids go to,” Kidwell said. “All of these people have been on the phone (Thursday), voicing that they are willing to go in on this lawsuit, and contribute money out of those pockets. It’s kind of like that poor woman in the Bible giving her two talents, because these people don’t have money right now.”

Responding to the string of legal challenges during a press conference Friday, Cooper said it would be “irresponsible” to remove restrictions all at once.

“Clearly, that’s a situation that could result in a massive spike in COVID-19,” the governor said. “Our entire effort here has been to slow the spread and keep our hospital system and medical providers from being overwhelmed, and we’ve been successful with that.”

Cooper added that his administration has attempted to ensure his executive orders have fallen within the scope of the U.S. and North Carolina constitutions, using data to guide policy decisions.

Locally, Fitness Unlimited owner Amy Gerard is one of the business owners throwing her support behind the lawsuit. She and her employees had been preparing for weeks under the assumption that her gym would be able to open in Phase II. When the governor announced otherwise, she says she was “totally shocked.”

“For us, we’ve been planning for basically eight weeks,” Gerard said. “We’ve cleaned the facility, had protocols in place and were ready to open up. The whole state has basically been closed for eight weeks, except for certain businesses. In my opinion, everybody has followed the guidelines.”

Among the precautions Gerard was prepared to take at her business were to limit fitness classes to 10 people or less, block off some exercise equipment to encourage social distancing and maintain a strict cleaning regiment. Given the chance, she thinks her business could do just as well as others at maintaining a healthy environment.

“It’s like you’re picking winners and losers,” Gerard said. “I’m not knocking other businesses that have been open. I just don’t feel like it’s been fair the whole time.”

Kidwell said the lawsuit would likely be filed early next week.

Count On Me NC asks businesses, customers to partner for health

A new partnership between the N.C. Department of Health and Human Services and the N.C. Restaurant and Lodging Association seeks... read more