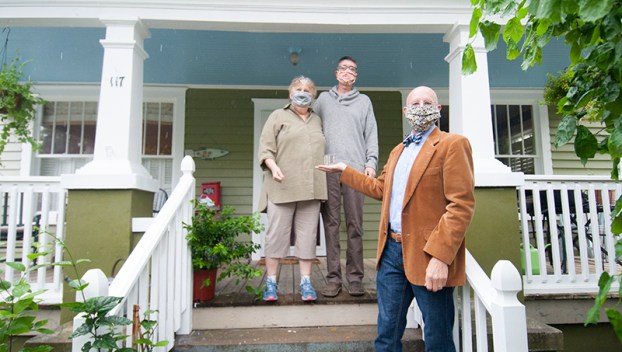 The home of Val and Rob MacEwan is the first of this year’s winners of the Rena K. Terrell Award.

Each year, the City of Washington recognizes property owners’ preservation efforts in the historic district with Terrell awards in four categories: commercial, residential, stewardship and the “Good Neighbor” award. 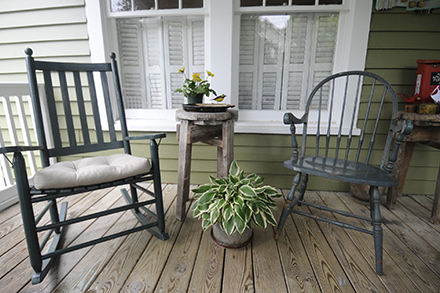 “The Rena Terrell Award is proudly presented to Val and Rob for the rehabilitation of the exterior of their lovely home on North Brown Street,” said Realtor and historic preservation supporter Scott Campbell.

Now her work has come full circle at the MacEwan household: in the early 1990s, Rob and Val MacEwan purchased Terrell’s home on the 600 block of East Main Street and gained appreciation of her efforts firsthand — appreciation that’s now being extended back to them by the city.

“As I would go through the district, probably since July last year, they were busy working on it every day,” Campbell said. 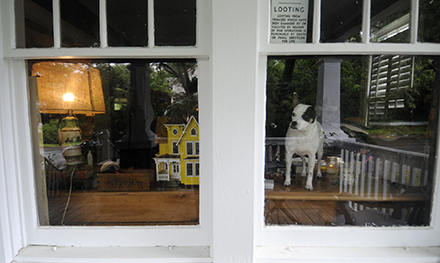 AN ORIGINAL: Vertical four-over-one windows are original to the house, as was its exterior siding. The MacEwans replaced approximately 70% of the wood siding with planking as similar as possible to the original.

Work included replacing 70% of the original exterior wood siding, rebuilding the front porch, stuccoing faded brick, building a new fence and painting the whole of the circa early 20th-century home.

And they did it the right way, according to Campbell: consulting the city on the projects, applying for the necessary permitting from the Historic Preservation Commission and even choosing paint colors with the help of friends and historic preservation supporters — though grandson Emmett Olsen ultimately picked the historically appropriate paint colors.

“You’ve got to do it right. If you don’t want to do that, don’t move to the historic district,” Val MacEwan said.

While the MacEwans contracted with Julia Smith for the porch rebuild, railings and the custom fence, they put work into the project themselves, pitching in to paint the porch railings and banister. 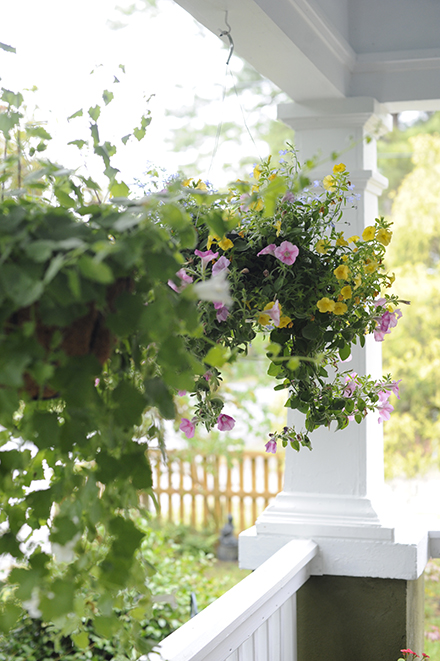 GREEN THUMB: Plants abound in the yard and on the porch, highlighting the painted porch railings and now stucco-over-brick columns.

“I thought, ‘What else are we going to do during this pandemic?’” MacEwan laughed, adding that their part of the painting project was tedious work. “I hope people make good money painting railings, because they deserve it.”

Keeping with longstanding southern tradition, the ceiling of their porch is now painted a pale blue — what’s termed “haint blue,” said to protect the house and its occupants from evil spirits.

MacEwan said the color is also more common than one would think.

“Once you start looking, you see all the blue porch ceilings,” she said.

While their home rehab project is not over yet, the near-to-the-end result is worth it: an impeccable historic exterior that peeks out from behind an abundance of front-yard greenery.

“It just brings the whole house out — when we did it, it just popped,” MacEwan said. 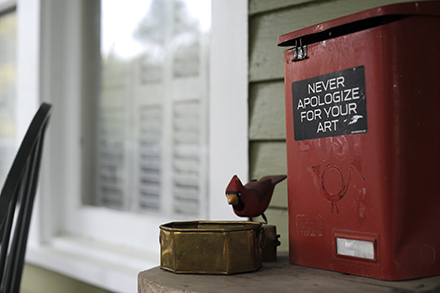 ARTFULLY DONE: The porch of the North Brown Street home announces the artist within, with delicately sturdy antique furniture and bursts of flowering color.